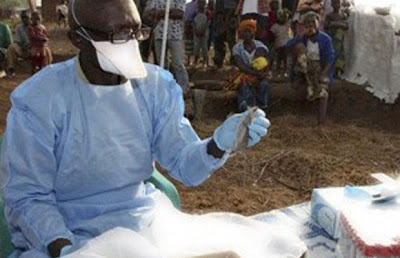 Ogun State Commissioner for Health, Dr. Babatunde Ipaye, has said that 19 suspected Lassa fever patients who had close contacts with another new suspect came out negative in the Lassa fever screen test.

Ipaye told journalists yesterday in Abeokuta, the state capital, that the 396 people who had primary and secondary contacts with the Assistant Chief Nursing Officer of the Federal Medical Centre (FMC) Idi-Aba in Abeokuta, who died of lassa fever have been declared free.

He stated that they were declared free according to the World Health Organisation (WHO) standard, saying: “19 close contacts to another new suspected lassa fever case came out negative after been tested.”

The commissioner, therefore, said during the process of monitoring the 396 contacts, another suspected case was recorded with about 50 contacts traced to the victim, adding that the blood samples of the 19 primary contacts out of the 50 contacts to the victim have been tested and all came out to be negative.

Ipaye said the suspected victim who later died at UCH in Ibadan cannot be counted for Ogun State, adding that the remaining 39 secondary contacts have been placed under close monitoring with one thermometer and health officer attached to each of them to monitor their temperatures.

The commissioner said so far, none of the contacts has shown abnormal temperature since they began monitoring.

He added that the medical officers attached to each of the contacts would continue to monitor until the specified period in line with WHO standard was exceeded before they could be medically adjudged to be free of the disease.

Ipaye also advised members of the public to report any case of malaria symptoms that may have exceeded three days of treatment to the nearest General Hospital, the Ministry of Health, Oke-Mosan, Abeokuta, or call the following dedicated lines – 09099140121 and 09099140122.