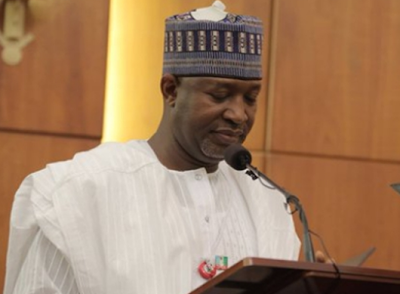 The Minister of State for Aviation, Senator Hadi Sirika has reiterated the stand of the Ministry to shut down operations at the Nnamdi Azikiwe International Airport, Abuja for a period of 6 weeks, owing to the planned rehabilitation of the major runway of the airport.

Addressing the Nigerian Senate on Thursday, the Minister said the decision to shut down the airport was a good decision and for the “general interest of the public and all Nigerians.”

According to Sirika, there was no better time to undertake the repairs on the runway than now, adding that, “if we miss the opportunity now, we may have to wait for the next dry season. ”

He stressed that the runway was constructed over 30 years ago and no major rehabilitation had been carried out since then.

“The runway has been in deplorable state for two and a half years now and as we speak, an aircraft carrying over 300 passengers almost crashed on the 8th of January 2017, and it is still grounded in Nigeria till now “, he said.

The Aviation Minister also explained that, though the repairs on the runway would last for 6 months, the shutting down of airline operations would only last for 6 weeks.

When asked on the level of preparedness at the Kaduna Airport which is being suggested as alternative airport for the period of 6 weeks, the Minister said the Aviation ministry had sought the collaborations of the Ministry of Agriculture, the DSS, Police, Immigration, NDLEA, NAFDAC, Imams and Pastors, to make operations in Kaduna Airport smooth.

Though the Minister said the total cost of repairs at the Abuja runway would amount to N5.4bn, he however, was unable to give the estimated cost for the operations of the Kaduna Airport for the period of 6 weeks, when asked by the Senate President, Dr. Bukola Saraki.

As at the time of filing this report, the Honourable Minister was still being questioned by the Distinguished Senators, even as the Minister of Transportation, Rotimi Amaechi declined comments, saying “a cabinet Minister cannot oppose to the stand of another cabinet Minister.”