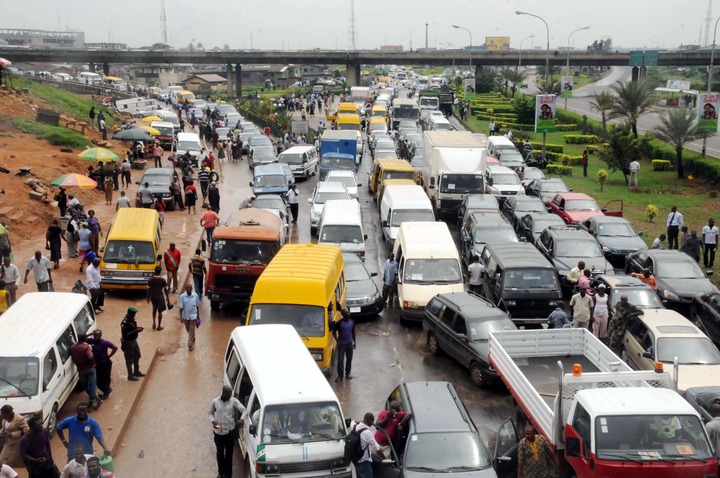 Recently, there have been tales of terrible gridlocks in a particular part of Lagos, the third mainland bridge to be precise and this has over time had it’s toll on the traffic situation of some major routes in the metropolis.The Third Mainland Bridge is the longest of three bridges connecting Lagos Island to the mainland, the other two being the Eko and Carter bridges. The bridge which serves as an alternative route to Agege Motor Road and Ikorodu Road especially to  motorists and commuters who work or live on the Island, is no doubt one of the busiest basically because it links the Mainland to the core Lagos Island namely; Ikoyi, Obalende, Victoria Island and even Lekki-Ajah.The recent traffic gridlock however can be traced to the ongoing rehabilitiation of the third mainland. After findings, I was able to deduce that adequate information was not made public in terms of warnings to motorists and commuters who ply that route on a daily basis. This is an act of gross irresponsibility and negligence of duty.This development is totally unacceptable from the Federal Ministry of Power, Works and Housing which ironically is headed by a former governor of Lagos State. Mr Babatunde Raji Fashola, who during his term in office as governor of Lagos State ensures that the public is notified of proposed construction works on federal projects in the state. In most cases, the Lagos State Government is properly briefed on such proposals and the government in return relays such notification to members of the public. However, reverse is the case and ultimately more disappointing that the former governor who is now the Minister for Power, Works and Housing does not deem it fit to put proper measures in place to avert or reduce the resultant effect of a road diversion especially on a busy route like the third mainland bridge.A close look at the ongoing rehabilitation of the bridge, it is clearly evident that the Federal Roads Maintenance Agency (FERMA) which is saddled with the responsibility of rectifying the recent damages on the bridge is far from capable and professional. Series of construction-related accidents have been recorded in the past few days and I think in my own opinion that the government agency may lack the capability to handle the task. The FG, over time has had a good work history with world renowned construction giants, Julius Berger Nigeria Limited. Why the FG has decided to overlook a more professional company for the one contracted to rehabilitate the bridge is a cause for concern. The capability of FERMA to adequately secure lives and property during the period it has to fix the bridge is questionable as some of the heavy duty equipment being used by FERMA broke down today and caused a very terrible gridlock which created a messy backlog up to areas like Ogudu, Ojota, 7UP and Motorways area of the mainland. Also, FERMA has failed woefully to ensure it properly puts up traffic signs and warnings on the route. Any responsible construction agency should know that warning signs are integral part of their work equipment. It is grossly irresponsible of FERMA who embarked on the rehabilitation of a major road without prior notice to show up on-site without important work tools such as traffic signs and safety measure tools.So, basically the partial closure of the third mainland bridge, broken down heavy duty equipment belonging to FERMA, added up with the irresponsibility of the Federal Ministry of Power, Works and Housing communication-wise are to blame for the un-quantifiable manpower and productive time Lagosians wasted in traffic today.If the former governor of Lagos State do not see anything wrong with the negligence of duty as regards prompting the current governor of Lagos State about an impending infrastructural work like this particular one, then it is our duty as citizens to point it out.Proper and well-timed communication has done a whole deal of reducing friction in recent time and it still remains the most effective tools of governance. I will implore the minister and all other public office holders to take most importantly this cheap tool called effective communication in carrying out their constituted assignments. Lagosians can only hope for a speedy rehabilitation of the third mainland bridge because it serves as a link for commercial activities for a huge percentage of Lagosians and it’s importance, value is not of little magnitude.I also hope that measures to curb accidents and ensure safety of both workers and commuters while work is being carried out, will be in place. The ministry needs to do better to also ensure that the rehabilitation of the third mainland bridge does not totally cripple the economy of Lagos State.