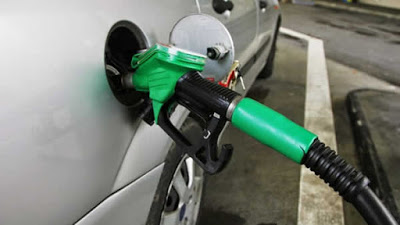 Independent Petroleum Products Importers (IPPIs) yesterday raised the alarm over their $1billion indebtedness to banks as a result of the Federal Government’s failure to pay them for fuel imported into the country.

A communiqué in Lagos by their legal adviser, Patrick Etim, said the inability to pay or service the loans had stalled further importation and “is threatening the operation of the affected banks and the nation’s financial industry”.

Many of their members, the communiqué said, have begun to close shop due to the debt.

The government’s debt, according to the communique, arose from Petrol Subsidy Scheme, which saw the Federal Government entering into a contract with IPPIs to import and supply petrol to the market on the condition that it would refund the difference between the landing cost and the selling price of petrol.

The government approved the landing cost, which fluctuated as it depended mainly on the international price of petrol and exchange rate of naira/dollar.

“A key term of the government’s contract with IPPIs is that the subsidy payments shall be paid to IPPIs within 45days of discharge of petrol cargo. It was also agreed that after 45 days the government shall pay the interest charges on the loans taken by the IPPIs to finance the importation of cargoes of petrol. The outstanding interest payments owed to IPPIs is currently over N160 billion,” it added.

The communiqué added: “Petrol cargoes were supplied and sold by the IPPIs at the selling prices approved and subsidised by government and the subsidy payments were calculated using the above exchange rate. Now at the beginning of 2017, the banks have not liquidated the Letters of Credit from 2014 because of lack of foreign exchange from the government. The outstanding mature Letters of Credit are currently over $1billion. The Nigerian banks involved and the entire Nigerian banking system is at risk on account of these transactions.

”The banks are in a quandary on account of their financing importation of petrol cargoes by the IPPIs and so far, there is little evidence that the government has seen the risks in further delaying the payments under the subsidy scheme. The exposed situation of the banks is exacerbated by the current trends in the petrol market. When the fixed pump selling price of petrol was increased from N97.00 to N145 per litre in May 2016, it was based on an exchange rate of N285/$1.00 resulting in a 45 per cent increase. On June 20, 2016 the naira was devalued from N285/$1.00 to N305/$1.00 which is an increase of seven per cent but the fixed pump selling price of petrol has not been increased. This means that petrol must be subsidised.

“The banks are worried that financing new petrol imports when outstanding loans, interests and charges have not been paid will be foolish especially when it is clear that the imports will represent an unmitigated loss to the importers based on the landing costs.
“The IPPIs claims arise largely from importation of petroleum cargoes authorised by President Jonathan’s government under the Petrol Subsidy Scheme. Government is a continuum, therefore, the contracts of the President Jonathan government with the IPPIs will remain binding on successive governments. There is a need for President Muhammadu Buhari’s government to keep improving governance especially by correcting wrongs of previous governments and making government responsible to its contracts and responsibilities.

”Government through the Central Bank of Nigeria (CBN) has initiated Intervention Programmes for strategic sectors, such as agriculture, manufacturing, petroleum products importation, and aviation. The CBN’s intervention programmes are primarily to stimulate growth in Nigeria’s foreign exchange (forex) earning capacity, and to prevent collapse of the banking system due to the huge exposure of the banks. The CBN has also offered foreign exchange to IPPIs under a special window aimed at liquidating outstanding matured Letters of Credit at an exchange rate of N305/$1.00. However, the exchange rate of N197/$1.00 when Letters of Credit were initially opened for IPPIs and transactions concluded and the current CBN offer rate of N305/$1.00 is an increase of 55 per cent and a significant rate differential.

“The inability of the banks to receive repayments of their outstanding loans to IPPIs means they are hampered from providing loans for future petrol imports and even to other sectors of the economy. it is very scary to consider consequences of bank failure in Nigeria. Apart from the impact on individuals and businesses some economists project that it would cost the government more than N2 trillion to revive Nigerian banks in the event of failure. The sums owed to banks by the IPPIs and aviation operators threaten the safety of these banks and the government must take timely action.”
The marketers praised Buhari’s war against corruption, improvement of electricity supply, and sufficient fuel supply.