74-year old Keith and 34-year old Michaela have told how they are often mistaken for father and daughter because of the staggering age difference between them. The pair met five years ago and Michaela says she is madly in love.

“I had always been interested in older men and Keith was just my type. We’re just the same as any other couple, but admittedly Keith does get mistaken for my dad when we’re out,” Michaela said.

Keith is equally as besotted; “When we met I was 68, which was the same age as Michaela’s dad, but I didn’t find it strange, I didn’t care about age, I was attracted to her and that was all that mattered.”

In all her family supported her, despite her husband being the age mate of her father. She said; “When I introduced Keith to my family, I knew they’d be supportive as I’d dated older men in the past. I wasn’t surprised that my dad, was really happy that I’d found such a gentleman.”

The only problem they however find embarrassing is people referring to Michaela as Keith’s daughter. 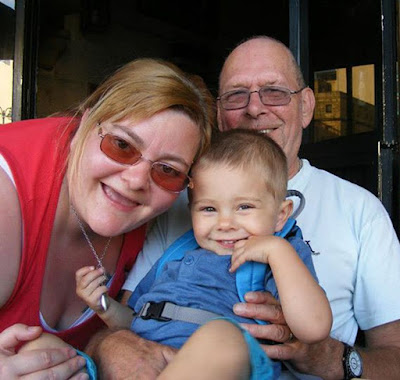