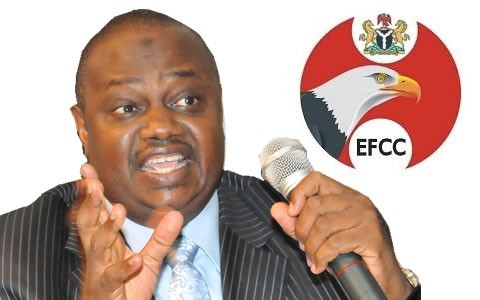 Chairman, Senate Committee on Ethics, Privileges and Public Petitions, Senator Samuel Anyanwu, said on Tuesday that the upper chamber would go ahead with the planned probe of the Chairman of the Economic and Financial Crimes Commission, Ibrahim Lamorde, scheduled for today (Wednesday).

Anyanwu, a Peoples Democratic Party member representing Imo East Senatorial District, who stated this in Abuja while speaking with journalists, explained that he was not bound by the advice of his party’s caucus in the Senate because “I take directives only from the Senate leadership.”

He said, “ As the Chairman, Senate Committee on Ethics, Privileges and Public Petitions, I am answerable to the Senate in the first instance. This committee attends to every petition that comes from the public and the invitation to the EFCC boss is one of those petitions and the petitioner is going to appear before the committee.

“This is a standing committee of the Senate. It is not only the EFCC boss that has been invited, there are other petitions and we have invited the petitioners and those that are petitioned.”