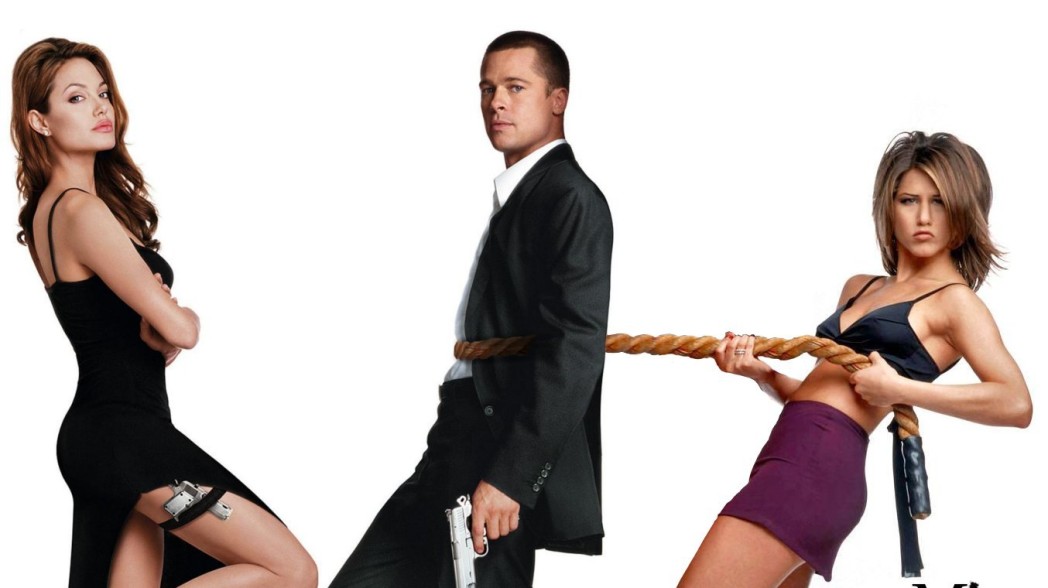 Jennifer Aniston and Brad Pitt broke up nearly a decade ago, but apparently the actress still has some ill will for the woman who came between them.

Many believe Aniston will get a Golden Globe nomination for her work in Cake, while both Angelina Jolie and Brad Pitt are expected to get nominations as well (Angelina for Unbroken and Brad for Fury).

Sources tell InTouch Weekly that Jennifer Aniston is planning to confront Angelina at the award festivities. The source said that Jen plans to “look her straight in the eye and tell her how she really feels.”

The latest animosity reportedly stems from an interview Brad did with comedian Zach Galifianakis in which he appeared to mock his marriage to Jennifer Aniston.

But the confrontation has been a long time coming, the source added.

“She is nervous to the point of being sick over the prospect of coming face-to-face with Brad and Angie,” the source said. “But she has waited a decade for this.”

While Jennifer Aniston is planning a long-awaited confrontation with Angelina Jolie, she also has her own relationship problems to deal with. Several media outlets have reported trouble between Jen and fiance Justin Theroux, including rumors that they may not get married at all.

Several times, rumors have indicated that Aniston and Theroux were breaking off their engagement, including a recent report that Jen caught him flirting with other women.

“There are bound to be rumors about their engagement, when they spend so much time apart,” a British magazine quoted a source close to the couple. “Justin’s been caught out referring to Jen as his ‘girlfriend’ or ‘partner’ rather than his fiancée, which has led some in their circles to wonder whether a wedding will ever materialize.”

If Jennifer Aniston does plan to confront Angelina Jolie, she has some time to plan her attack. The Golden Globe awards are still close to two months away.