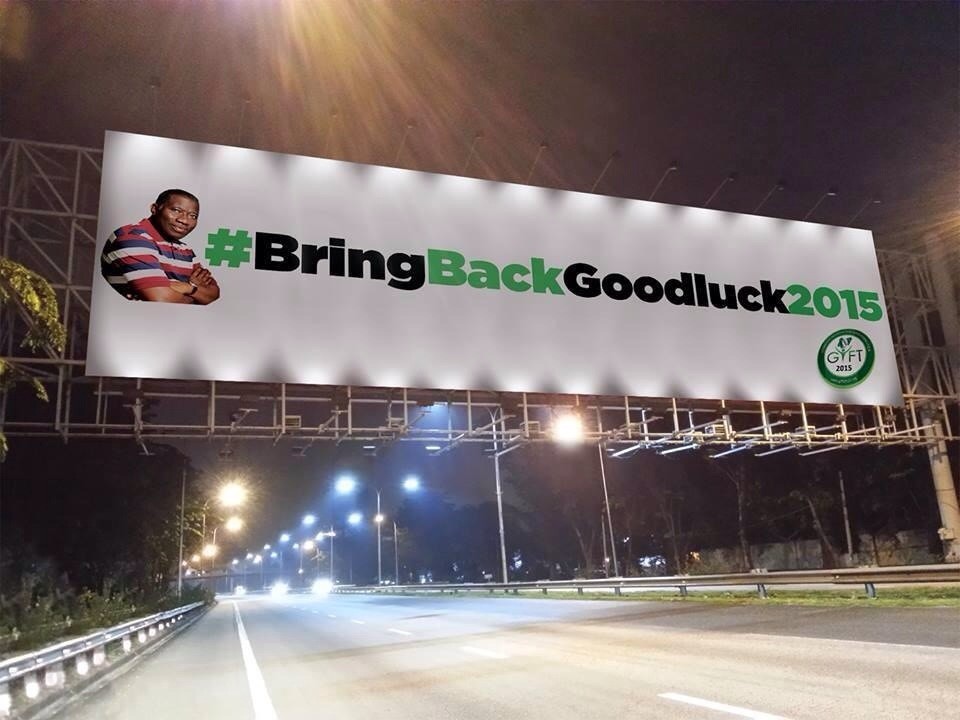 As the period running up to the 2011 presidential election portended omens of tragedy for intuitive citizens, the current period, four years later, should rattle even those who were then indifferent. This must be a phase for overcoming whatever instigated their moral dilemma.

My concern about Nigeria became disturbed this week on sighting a Borno Express cross-country bus with a poster of Governor Kashim Shettima, seeking re-election, seemingly seeking another term of terrorised living in office. How is it that our politicians, crying that their Office threatens their existence and sanity, are desperate to remain in that same Office? It must be a sort of greed for the trappings of State Power.

The main culprit of this dangerous greed is the President, under whom the country has lost its bearing, so much so that even his most indecorous media aides, confused in the social media, are now calling on “God”, advising citizens to “pray” for an end to what such aides’ principals were elected, and granted enormous State resources, to curb. And for lack of explanations for their principals’ legendary cluelessness, they’ve been tweeting verses from the Bible, to appeal to the sentiments of the gullible.

But a show of greed and shame, even more indicative and damning than the President and the Governor’s desperate bid to remain in power is clearly that of the citizens “procured”, as Dr. Oby Ezekwesili once said of hired protesters, to champion the re-election campaign of the same President Goodluck Jonathan whose administration, for seeming incapability, has not heeded the plea to rescue the hundreds of his subjects who have been in captivity for the past 150 days! And to highlight their inhumanity, these procured protesters launched #BringBackGoodluck2015 billboards, signs and hashtags to ridicule the demands of unrelenting #BringBackOurGirls.

That unpardonable blasphemy drew the outrage of the civil society, the main opposition party and even the fence-sitting observers. But it was Washington Post’s globalisation of the undermined citizens’ outrage in its coverage of that PR blunder, referring to it as “the most inappropriate political hashtag of the year”, that finally jostled the presidency, forcing the President to react – to lie, that is – that he was ignorant of that well-publicised campaign for his re-election, even though the campaign was officially recognised by the Presidency, having been fanatically promoted by the President’s politically rash Senior Special Assistant Public Affairs, Dr. Doyin Okupe.

What further frustrates the possibility of ousting the cunning government or having citizens forming alliances against it, are the divisive publications on the complicity of some friends and allies of the government revealed by an Australian named Stephen Davis, and uncritically popularised by some prominent elements of the main opposition party, the APC.

Instead of having Davis’ so-called revelations adopted for careful analysis, Nigerians, including a prominent and prominently diminutive member of the opposition, contributed to the confusion by not only endorsing the Australian’s claims that certain people, both Muslim and Christian, were responsible for funding of the Boko Haram insurgents, but that the sect also has political and Christian variants, backing the claims up with lame inferences that can only appeal to the senses of a unintelligent conspiracy theorist, an unthinking escapist.

Sadly, some of these people practice, or have backgrounds in, Law. This makes me wonder, why would a lawyer, trained in challenging facts, also embark on adopting uncorroborated claims, conspiracy theories, as proofs or confirmations of certain suspicions? Even in the court of law, circumstantial evidences are not adopted as unchallenged proofs, so sharing inferences as proofs is a clear mischief. You don’t spend these five years in the department of Law, and then memorably torturous months at the law school, only to end up going against the ethics of your training in such an outrageous way. I thought lawyers should be our models in obsessing about evidences and the absence of them, even in our public discourse?

If a lawyer’s mindset had been employed in assessing these confusing claims, even Davis wouldn’t have made a newspaper headline. And this instinct would’ve challenged us to ask whether Boko Haram that operates in secret, would reveal the sources of its funds to a negotiating stranger – especially to a white man who, as Christian or atheist, western, and believer in liberal democracy, is a portrait of all they aspire to crush? The Boko Haram didn’t remain elusive this long by being tactically stupid, as portrayed by Davis. And if its leaders were as careless with details of their operations as also portrayed by Davis, they would’ve been crushed long ago!

There’s a need for us, and especially the opposition party, to employ reason, instead of sentiments, in promoting some of these embarrassingly petty conspiracy theories. The opposition must understand that if you fight this government with flawed statistics and hearsays and polarisation, you’re just making the return to Aso Rock easier for GEJ. If they want to replace GEJ, whose Ph.D I now suspect is in divisive politics, on the back of polarising sentiments, then they must be very prepared for an embarrassing defeat in 2015. What keeps APC going are sympathies, sympathies of a people in need of change, sympathies of a people willing to give them a chance despite obvious flaws. But it needs men of model conduct representing its interests in the media.

My only fear, which has become a looming apparition now, is the memory of the gory revolts that followed the announcements of the results of 2011 presidential election in the north. We must not prepare these impressionable members of the lower-class for another horror history, which is what some of these politicians do by promoting unverified claims to gain relevance and be seen as “rights ambassadors”, whereas they’re everything but selfless in their pursuits of political power.

But the underclass is not the only trouble with electing ideal candidates in Nigeria. While poverty dispossesses the underclass of ability to be rational, sycophancy ravages the middle-class. This way, with these syndromes, the sycophantic members of the middle-class contracted by the government to form about 8000 pro-Jonathan campaign groups, also procured the cheaper under-class as foot-soldiers of Transformation Actors of Nigeria, which they prefer to call “Transformation Ambassadors of Nigeria”, and other 7999 groups.

Today, in its nearly 64 years in existence, the main thriving industry in Nigeria, with productivity higher than the Oil industry, is Sycophancy. It represses existing and proposed political resistance. The poverty of the underclass and the sycophancy of the middle-class are the reason idealism is DOA in Nigeria. Sometimes, in pursuits of idealism, you go out campaigning for core visionary leaders, and return home only to realise that your lunch was made with “gifts” by, or bought with money given, by a fraudulently prebendal politician.

This is how the two social classes betray promising leaders.

The last time Gani Fawehinmi aspired to lead this country, our rejection of his bid was almost unanimous. And I doubt if there has ever been a politically awakened individual who had stood up for the masses, in the race to the Office of the President, Federal Republic of Nigeria, comparable to the model civil rights advocate.

In fact, if our politics is sincerely all about “personality”, Buhari himself cannot beat Gani, who resisted even the military extremisms of the Buharis. We’re in a country where idealism is a myth, but this shouldn’t be an excuse to allow hired paupers and contracted sycophants forestall our struggle for change.

So, we need to task our presidential candidates to offer us something other than romanticisations of their personalities, something concrete, an implementable development plan for redeeming this changing Nigeria. This “I did not steal a kobo” campaign is beginning to sound like GEJ’s “I had no shoes” scam of that unfortunate 2011. May God save us from us!