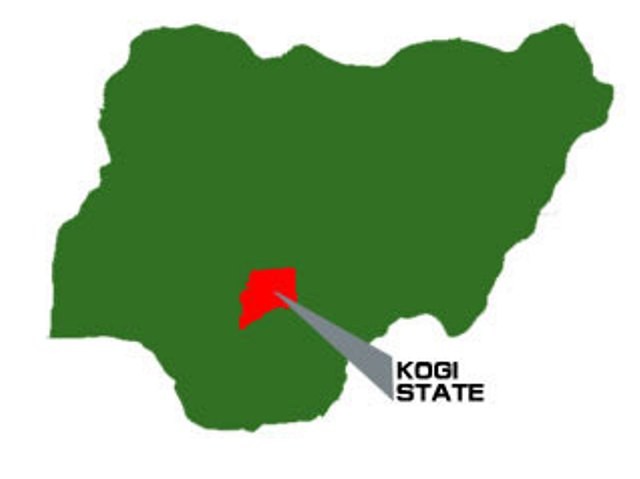 Okun people are Yoruba descendants in Kogi state. Kogi is a multi-ethnic state and Okun people are up to 20% of Kogi State population, smaller than the other two major completely different tribes, Igala and Ebira. Okun people spread across six local government areas in Kogi State, known as Kabba-Bunu, Yagba-West, Yagba-East, Mopa-Muro, Ìjùmú and Lokoja local government Areas. They speak varied dialects…Owé, Ìyàgbà, Ìjùmú, Bùnú and Oworo, but their language is generally called Okun, Okun has become a form of greeting among them.

They understand one another to a great extent and large numbers of them speak Yoruba. Their dialects are influenced by various factors. Such factor is that Kogi state shares boundaries with Kwara, Ondo, Ekiti, Niger, Benue, Nassarawa, Anambra, Enugu, Edo and Abuja. Also, The Nupe wars of the 19th century and interaction with the Hausas due to geographical zoning left an indelible mark on the Okun people and their dialects.

Kogi State is one of the six states that make up Nigeria’s North Central geopolitical zone. It was originally part of the Northern Region in the three-region structure of 1954

Kogi State covers an area of 29,581.9 square kilometres. It has a population of 3,314,043 (2006 census figures) and represents 2.4% of the total population of Nigeria. The main ethnic groups in Kogi State are the Igala, Ebira and Okun. Its minority ethnic groups include the Bassa, Ogori-Magongo, Ebura-Koto, Oworo, Kakanda and Hausa. Many languages are spoken in the state, of which Ebiras, Igala, Nupe and Yoruba are the main ones

There are twenty-one local government areas (LGAs) in the state. Each has a chairman as its administrative head.

Fastidious examination of the creation of the state ever since the federal system of state was embraced, states have been created from not totally same ethnic group but from ethnic group who shared certain history. Kogi state was created by calving out the Yoruba’s (Okun) in Kwara state to merge with the fellow brothers from Benue and Edo. This has given rise to several reservations and scrutiny over the years. Starting from Enugu and Ebonyi that were carved out of old Anambra states and Abia out of Imo where they state a kind of homogeneity and history.

Ever since the inception of Kogi State on 27th August 1991, the state has witnessed an incessant hegemony of the Igala running the zenith of the state. All the state governors since democracy have been from Igala. It will be recalled that prior to 2003 General Election, a hand bill was circulated by Igala Youth Descendant Union that”. “WE ARE BORN TO RULE”. Absolutely ridiculous, but truly, how would an Okun ancestry emerge when the Okuns occupy just six (6) local Government areas of the twenty one (21) the state is blessed with? The Igalas have a population of about two million while the Ebiras have 884,396 people and the rest left to the Okuns. Although still the second largest of the three most prominent tribes. The irritability and cantankerous attitude of the other tribes makes them extremely difficult to put up with in times of election.

The principal offices in the state has been oscillating between the Ebiras and the Igala extractions, the Okuns are left to deal with whatever is left after the principal once are occupied. The state has witnessed so much lethargy, lassitude, despondency and pessimism under the hegemony tribes. Nepotism has reigned supreme between 1999 till now. Vis-à-vis the current Governor of Kogi state, Capt. Idris Wada- who is also an Igala man, is the in-law of the governor he succeeded, Ibrahim Idris. What else could be the definition of nepotism? Only the hedonist will define it otherwise. Idris Wada -A governor whose government has been extremely amorphous and characterised by tremendous high handedness. A government whose profligacy knows no bounds.

Marginalisation has been consistently witnessed by the Okun people ever since the creation of the state. To start with, basic amenities are severely lacking in Okun towns and villages. I remember when we were kids, growing up in Egbe town, we had to trek about 1.3km away from the house to get to a borehole which was the only water that was presumed as save for drinking. Electricity is of course epileptic as usual. During the dry season, we trek even further to the streams around just to wash our laundries. The road between Kabba towns through Mopa to Egbe is in a state of anomie. An extreme malignancy. It claims more lives in a year than any other hazard in the state. We had just one hospital, The Egbe Hospital. Yet, Egbe is the most developed of all the surrounding villages. A farcical and ludicrous fact.

To juxtapose, every big and small village in the other tribal extractions are some level above the Okun villages in terms of basic amenities, especially the Igala towns. The most visible of this is the better roads that run across the towns and villages. Between lokoja via Ajaokuta to Ankpa is a road that is highly accessible as against what is attainable in all parts of the Okun land. Larger portion of the internally generated revenue has been contributed by the Okun land. The largest cement producing firm in sub-Saharan Africa is in Obajana, located yet on Okun land. The supposed backbone of the government, yet the intellectual midgets running the affair of the state marginalise the Okuns in terms of infrastructures. That is just one of the natural resources the Almighty God blessed the state with, yet the indigenes of the state still live in perennial penury

The logistics of having an independent state you said? Well, the same way the Ekiti people got agitated because of the marginalisation they experienced under the old Ondo State, its the same way the Okun people have been agitated over the years. The same way Bayelsa state was calved out of the old river state, the same way Abia, Ebonyi and Enugu were calved out of the old Anambra and Imo state. Okun has a land area of 10,765km2 and a total of six (6) local governments as at now. Bigger than Ekiti State (2,353km2), Enugu State (7,161km2), Abia State (6,320km2), Ebonyi state (5,533km2) States and even Lagos state (3,474km2).

How will it sustain itself? Nobody said it was ever going to be easy, but let’s be on the road with direction in mind. Okun land is endowed with numerous natural resources ranging from petroleum, Gold, Tantalite, coal, Tin and limestone. The ethnic group is blessed with enormous human resource that can make it work and stand. Every citizen of the country deserves to be happy. Active participation in democracy gives every citizen a sense of belonging and vivacity. Hope this gets to Sen Smart Adeyemi and Dino Melaye; these are Pseudo-sons of Okun land.