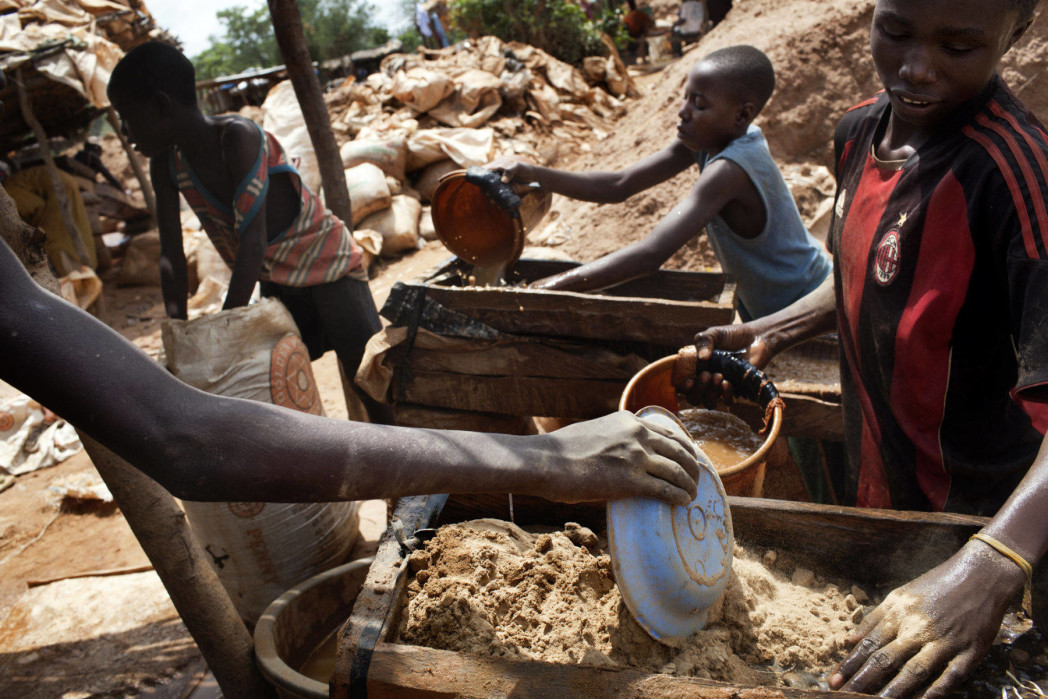 “It is a world where life is cheap. Death can be bought for a few hundred pounds and there is no shortage of those willing to provide the service.”— The Scortsman.

Death is inescapable, and untold numbers of people die every day. We mourn the deaths of our loved ones. But how can hundreds and thousands get killed without anyone blinking? At what point does death become nothing more than a statistical number?

Nigeria has become such a place where people die without anyone to question or to fight for their justice no matter the reason for their deaths. It is more like a place where violence and death is being glorified. Where killing is like any other service that can be contracted by those who wants to eliminate, terminate, whack, or rub out the life of others, mainly their enemies.

Shockingly, the murder of children is soaring in recent times; an example of this would be parents killing their children for ritual purposes. However, children have also become the manslayers of their own parents. Students engage in violent and cultic activities that rub out their own lives, or that of their fellow students. Women are battered and killed by their own husbands or lovers in a sadistic manner, just as some men die in the hands of their women in unimaginable crude ways. More so, the blood of many Nigerians is being poured to the earth every day through road accidents that could be prevented.

It is noteworthy to state that corruption and poverty are the precursors of most deaths and killings in Nigeria. Therefore, to put the blame on the doorstep of the government will not be misjudgment. The government and leadership failures are the cause of the deaths of millions of Nigerians, and their blood is calling out for justice from those treacherous murderers.

People are willing to do anything to survive in a country like Nigeria, where most of the population is being starved of the basic necessity of life. Nigeria’s wealth has no impact on the lives of ordinary citizens; instead only a few elites connived to amass wealth for themselves and their families, denying millions of Nigerians the opportunity to get basic necessities of life. For this reason, the spirit to have-it-all-and-have-it-now holds sway in the society, as many struggle to make their way into the small group enjoying the country’s wealth. It does not matter how you get there, as long as you made it.

Such spirit has resulted into rampant killings and deaths – kidnapping, rituals, and terrorism. The daily news awash with the violence and mayhem unleashed on Nigerians are synonymous to the Nollywood movie titles; people are as accustomed to gruesome killings as watching violent movie scenes. They are wrapped in a culture centered on death.

Also the media cannot be exempted from this death culture. Their reports are losing respect and moral values for life.  The manners in which journalists – armed with their cameras – tell the stories of the violence and deaths unleashed daily on Nigerians reveals their little regard for human life; the obscene exposure of corpses to the public – including children – is particularly disturbing. A day cannot pass without disturbing images of Nigeria’s deaths littering the social media.

Nigeria’s death culture is continuing unabated. Political reasons claim thousands of lives every year. Power-loving politicians kill without any qualms by instigating violence any time they lose to their political opponents. Even before elections, their thugs are armed to the teeth in the battle of election rigging and ballot box snatching. When elections are over, these death-hungry thugs would be willing to diversify their violent skills, thereby providing ready-death services. The same goes for money-hungry people whose killing rampage is also keeping the country on social and economic hostage.

Today’s Nigerians are euphemizing killing and death. RIP (Rest In Peace) has become just another expression as commonly and insensitively used as f**k you or b***h, often just to pass by another death – a routine.

Perhaps the most worrisome of the Nigerian death culture are the attitudes of the government towards such incidents. The obvious apathy of the president disguised in routines of insincere speeches by him and his spokes persons betrays their lack of pity for the victims and their families. The death of Nigerians proffers opportunities to give themselves political credits and to score points against their opponents. They are mostly concerned about their political gains and image, rather than the life of the people they were to serve and protect.

Compared to the life of someone living in ‘modern’ societies, the life of a Nigerian is worth less than a dog’s life. In some western societies animal life and rights are well protected. To trample on animal rights attracts punishment by the law. Some countries such as the Netherlands have political parties fighting and protecting animal rights. Many homes have pets that receive special attention and monthly stipends from the government and organizations. It is difficult for anyone to violate the rights of these animals without being punished by the law. Now think about the worth of human life in such societies! Yet, Nigerian leaders yearn similar respect given to such leaders of these countries who at least care and respect the lives of their citizens.

Further, the worthlessness of a Nigerian life can be seen outside the shores of the country, in distance lands where Nigerians are scattered. They are being mistreated, abused, and murdered without someone to come to their rescue. Many countries cash into the neglects of Nigerian government towards its citizens thereby enviously and cruelly murdering Nigerians in their host countries. How can they be protected when their government cannot protect those at home? Their life is indeed cheap.

In a death culture society like Nigeria, perpetrators are rarely punished when caught. Instead, when the dusts settle, they are quietly released back into the society to continue their killing rampage, while the blood of the innocents keep crying out loud on the street. Who is listening?

There is wisdom in the words of the scriptures recorded at Proverbs 29:4, which states: “By justice a king make a land keep standing, but a man out for bribes tears it down.” When justice is not demanded from those perpetuating what is wicked, they will grow fat in it and fill the land with what is evil. Sadly, in Nigeria’s death culture society, the people value power, money, supremacy, and pleasure more than human life.

But, the longer justice and accountability is delayed within the Nigeria society, the more this culture will evolve into a monster that will haunt everyone… This high obscenity and recklessness of Nigerian leaders is what may eventually consume them in the day of the wrath of Nigerians.