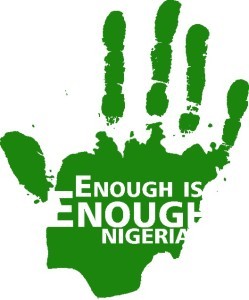 Of Presidential Pardons and Nigeria’s Fight Against Corruption

The security and welfare of the people shall be the primary purpose of government.
? Chapter 2, Section 14 2(b), Constitution of the Federal Republic of Nigeria

Last week Tuesday, March 12, 2013, President Goodluck Jonathan pardoned eight Nigerians. While three of the pardons have been particularly controversial, another three have raised semantic issues as they had been granted ‘clemency’ under the regime of General Abdusalam Abubakar in 1999.
Of the eight pardons granted, the most talked about is that of ex-Governor D.S.P. Alamieyeseigha of Bayelsa state, who jumped bail in the UK in 2005 on money laundering charges but was later tried and convicted in Nigeria by the Economic and Financial Crimes Commission (EFCC). Mr Alamieyeseigha is still wanted abroad. The second most talked about pardon, is that of Major Bello Magaji, who was convicted in 1996 of sodomizing little children. The third controversial pardon is that given to Mustapha Bulama, former Managing Director of the Bank of the North, who converted customers’ deposits into personal funds, crashing what was once Nigeria’s biggest bank.
While the role of the Council of State has been discussed severally, the Constitution makes it very clear that they only advice and the final decision belongs to the President. It is pertinent to note that save General Yakubu Gowon, those who attended the meeting have remained quiet.

In responding to the Alamieyeseigha Pardon, Bamanga Tukur, the Chairman of the People’s Democratic Party said, “The question is: do you grant pardon to the innocent? No! Amnesty is granted to those people he felt did some wrong and after some time, their behaviour and attitude showed that the wrong they did was just a slip.”

Our own question then follows, “If consistently pillaging the resources of a state over the course of 6 years is considered ‘a slip’, what signal does that send to our current Governors and other elected officials?” Indeed, Alamieyeseigha has never apologised publicly for his crime. Rather, he continues to this day, to maintain that he was set-up by former President Obasanjo, and former EFCC Chairman, Nuhu Ribadu, as a result of his opposition to the former’s third term bid. Therefore, we wonder where and when Alamieyeseigha demonstrated that his behaviour was “a slip” as stated by Alhaji Tukur.

By Alhaji Tukur’s reasoning, our elected officials can look forward to a cycle of impunity summarised below:

The same Constitution also requires elected officials to declare their assets before assumption of office. Something Mr President himself said on national TV last year that he “doesn’t give a damn” about. This pardon is yet another example of selective compliance with the law by the holder of the highest office in the land and this sets a very bad example.

On the issue of Mr Bulama, what message are we sending to people who by their actions almost single-handedly bring down an entire section of our economy? Indeed, perhaps Mr President should also have pardoned former bank Managing Directors who also ran their banks into the ground and in many instances, wiped out the hard earned savings of ordinary Nigerians.

And finally, regarding Major Magaji, in what country, ever, has a pedophile rapist been granted a state pardon? The details of Magaji’s escapades are horrifying. In a more civilised environment, he would be on a sex-offenders’ register, and not the recipient of a state pardon. The reality is that Magaji’s pardon is far worse, and infinitely more disgusting than those granted to Messrs Bulama and Alamieyeseigha. There is no parent in his right mind, who would accept such a pardon for a man who lured unsuspecting children to his home, got them drunk, and then raped them brutally. Indeed, we wonder if Mr President were the parent of any of Magaji’s victims, whether he would celebrate this pardon. Our children are our future, and it is our duty to make it known without any doubt that they are our most precious possessions. Anyone who dares to trample on them, will be dealt with to the fullest possible extent of the law.

In pardoning these three individuals, Mr President seems to be saying he doesn’t give a damn about public accountability and the welfare of Nigeria’s children.

In light of this,
(1) Alamieyeseigha is still wanted in the UK; Nigeria is party to the United Nations Convention Against Corruption (UNCAC) and the pardon has set the fight against corruption back at least a decade, we ask that the pardon of Alamieyeseigha, Bulama & Magaji be rescinded.
(2) We call on the international community to place a visa embargo on all Nigerians convicted of looting state funds and their family members.
(3) We also call on the international community to use all possible sanctions and penalties to convey their strongest disapproval of the pardon.
(4) Finally, we call on all Nigerians as we prepare for 2015 to remember clearly those who abuse political office but still want to be our representatives in government.

###
EnoughisEnough Nigeria (www.eienigeria.org) is a coalition of individuals and youth-led organizations committed to instituting a culture of good governance and public accountability in Nigeria through advocacy, activism and the mobilization of the youth population as responsible citizens. The coalition includes The Future Project; Paradigm Initiative Nigeria (PIN); Education as a Vaccine (EVA); Kudirat Initiative for Democracy (KIND); LYNX Nigeria, Budgit, RISE Networks; Chocolate City Group and EME.

EiE Nigeria created the RSVP (Register|Select|Vote|Protect) Campaign to leverage technology, especially social media to mobilize significant participation from citizens in the 18-35 age bloc in the 2011 elections and beyond.