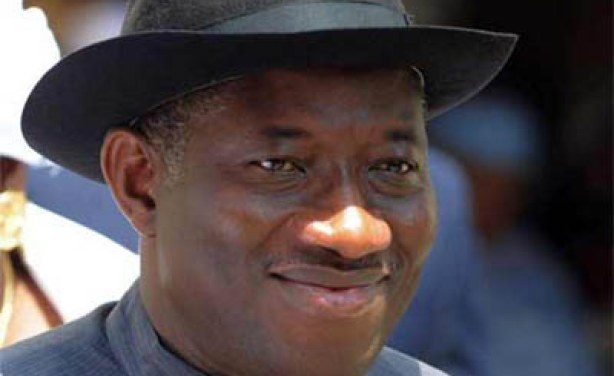 Relief came the way of President Goodluck Friday when Justice Mudashiru Oniyangi of an Abuja High Court held that he is eligible to contest the forthcoming 2015 presidential election if he so desires.

A politician, Cyriakus Njoku had approached the court seeking for an order to restrain Jonathan from running in the 2015 presidential election “because it would amount to breaching a constitutional provision which prescribed a period of not more than eight years for occupants of the office of the president.”

But the court held that Jonathan’s assumption of the office after the demise of late president, Umar Yar’Adua was in line with what the National Assembly aptly described as doctrine of necessity “and not as a result of emerging winner in any bye election conducted after the death of the late former president.”

The judge held: “After the death of Umar Yar’Adua, there was no election or bye election. President Jonathan was merely asked to assume the office of the President in line with doctrine of necessity. He was not elected as the President but was made to assume office by virtue of Yar’Adua’s death.
“Having exhausted the late President’s tenure, he sought his party’s ticket and ran for the office of the president successfully in 2011 general election. He is therefore currently serving his first tenure of office and if he so wishes, he is eligible to further seek his party’s ticket through the party’s primary election and to run for office in 2015.”

The court further held that the president’s tenure of office began to count from May 29, 2011 when he was sworn into office as the elected President of Nigeria and not May 6, 2010 when he assumed office following Yar’Adua’s death.
The court also held that the suit as presently constituted did not disclose any cause of action and that the plaintiff, Mr. Cyriacus Njoku, lacked the locus standi to institute the case.

The court upheld the arguments of Jonathan’s lawyer, Ade Okeaya-Inneh that the president was currently doing his first term of four years in office as the President of the Federal Republic of Nigeria as provided by the constitution and that the same constitution made provisions for a president to contest for not more than 2 terms of four years each.

Okeaya-Inneh had also argued that Jonathan had not indicated or announced anywhere, whether in words or writing, that he would contest the presidential election to be conducted in 2015 and therefore urged the court to dismiss the suit in the interest of justice.
Justice Oniyangi also held that Njoku’s suit was premature at this time since the president had not obtained any form from his party for the 2015 election neither had the PDP commenced its primary elections for the purpose of selecting its flag bearer for the 2015 presidential election.

The judge noted that Njoku ought to have waited for the PDP to commence primary election and then complain if the process was breached since nomination and sponsorship of candidates for any election was an internal affair of the party.

The court declined to restrain the PDP and the Independent National Election Commission, from submitting and accepting President Goodluck Jonathan’s name as a candidate for the 2015 presidential election.