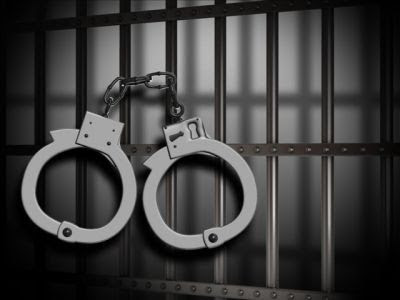 A 24-year-old mother in Nnewi, Anambra State, Oluchi Emeobi, has allegedly sold her two-month old baby and used part of the proceeds to buy a motorcycle.The Anambra State Police Commissioner, Mr. Garba Umar, disclosed this yesterday while parading no fewer than 100 criminal suspects at the police command headquarters in Awka.

Umar said on July 8, 2017 around 11a.m., police detectives attached to Nnewi Division arrested Oluchi, who allegedly conspired “with her friend, one Nchedoch Richard, aged 26, of the same address and sold her two-month old baby to a woman popularly known as First Lady, now at large.”

He added that: “In order to conceal her dastardly act, the suspect reported at the police station under false pretense that she left her baby in the custody of a yet-to-be ascertained woman who absconded with the baby to an unknown destination.”

The CP said exhibits recovered from the principal suspect (Oluchi) included N250,000 cash and one motorcycle she allegedly bought with part of the money realised from the sale of her baby.

Umar said the matter was under investigation and that efforts would be intensified to arrest the fleeing suspect and recover the baby.Meanwhile, three women, who allegedly kidnapped a three-week-old baby in Ayobo area of Lagos State, were on Tuesday docked before an Ikeja Chief Magistrates’ Court.

The accused: Theresa Ezeala, 56; Augustina Oparaocha, 54; and Florence Ifeanyi, 52 are facing a three-count charge of conspiracy, kidnapping and receiving stolen child. They are residents of Ayobo area of Ipaja. The women, however, pleaded not guilty to the charges.

The prosecutor, Simeon Imhonwa, told the court that the accused committed the offences with others still at large sometimes in November 2014 at Idi-Orogbo, Ayobo, in Lagos. Imhonwa alleged that the trio kidnapped the baby of Chioma Nwakwu, the complainant.

He told the court that the complainant was living with Ezeala, her aunt before she became pregnant and the supposed father denied responsibility of the pregnancy.Imhonwa said: “At the time of Nwakwu’s delivery at Ifako-Ijaiye General Hospital, Agege, which was through caesarean section, the complainant could not afford the hospital bills and care of the baby. The second accused, Oparaocha, a nurse then approached Ezeala to sell the baby to Ifeanyi, who was willing to adopt the baby at a price.”

Imhonwa said without the knowledge of the complainant, Ezeala and Oparaocha sold the baby for N500,000 to Ifeanyi.He said: “The whereabouts of the baby was not disclosed to Nwakwu after she was discharged from hospital until recently when the accused were apprehended by the police.”

The offence contravened Sections 275, 326 and 409 of the Criminal Law of Lagos State, 2015. The News Agency of Nigeria (NAN) reports that Section 275 prescribes 10 years imprisonment for anyone who unlawfully captures and detains another against his/her will.The Chief Magistrate, B.O. Osunsanmi, admitted each of the accused to N2 million bail with two sureties each in like sum. The case was adjourned until July 21 for mention.