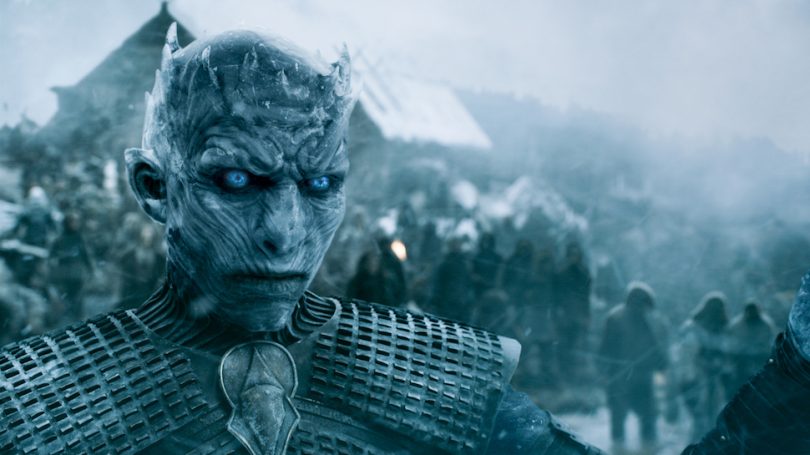 “Game of Thrones” returns for its penultimate season Sunday, presaging the end of a saga of sex, violence and political intrigue that has become the world’s most popular TV show.

The R-rated fable of noble families vying for control of the Iron Throne has just 13 episodes left, split across two shortened seasons which will bring the curtain down on a ratings juggernaut that made television history.

One of the darkest and most controversial primetime series ever made, it has been the target of criticism over the years for senseless violence and its repeated use of rape as a dramatic device.

The adult themes have not deterred fans, however, and the audience has grown in the US to more than 23 million per episode.

“Game of Thrones” has more Emmy Awards than any narrative show in history and airs in 170 countries, with viewership figures shattering records across the world.

Season six was the first to move beyond George R.R. Martin’s “A Song of Ice and Fire” novels and carve its own path.

Critics said it marked a return to form, with the narrative allowing female characters to demonstrate complexity and moral agency lacking in some of the earlier seasons.

Viewers saw hero Jon Snow (Kit Harington) resurrected and declared King in the North, while Cersei Lannister (Lena Headey) staged a coup in King’s Landing, murdering most of the royal family and her religious opponent, the High Sparrow.

Showrunners David Benioff and D.B. Weiss last year announced the shortened run of seven and six episodes for the final two seasons and confirmed the summer return for season seven, a departure from the usual April premieres.

The show has been teasing winter’s arrival since its pilot episode in 2011, and with the season six finale entitled “The Winds of Winter,” the camera crew was forced to wait for colder weather to begin filming season seven.

Few details have been revealed about the new episodes, except that Oscar-winning Jim Broadbent joins the cast and pop sensation Ed Sheeran is to make a cameo appearance.

One theory doing the rounds on social media is that fan favorite Dany may become a villain.

Proponents point out that her father, Mad King Aerys Targaryen, was a brutal killer and that the Mother of Dragons herself appears to be getting colder with each new season.

“I think that would be highly unlikely,” Iain Glen, who plays her ally and fellow exile Jorah Mormont, told the Huffington Post, however.

“I mean, this is Iain speaking and Jorah speaking — we share the same voice — my belief in her is such that I can’t see her going that way myself.”

– Ruling Westeros –
Snow and other major characters are expected to get more screen time during the final episodes despite the shorter seasons, mainly because the minor players keep getting killed off.

“It’s a nice change for me this season, he talks more, he’s more sure of himself,” Harington told Entertainment Weekly (EW) of his character.

“He doesn’t just know what he’s got to do but he’s more sure of what he’s saying, whereas before there was always some fear and doubt. I’ve gotten to enjoy not just grunting.”

Episode 61, entitled “Dragonstone,” premieres on HBO at 9 pm in the US on both coasts, while the network has announced the following two episodes will be called “Stormborn” and “The Queen’s Justice.”

The biggest question of all — which will not answered this summer — remains who will be sitting on the Iron Throne and ruling Westeros when “Game of Thrones” comes to an end.

“I think Sansa should get the Iron Throne, and I think Jon Snow should rule Winterfell,” Isaac Hempstead-Wright, who plays Bran Stark, said in a video posted by EW.

“Sansa should rule the Iron Throne. Arya should rule Winterfell,” countered Harington, who said he thought Snow should rejoin the Night’s Watch defending the realm against threats from the north.