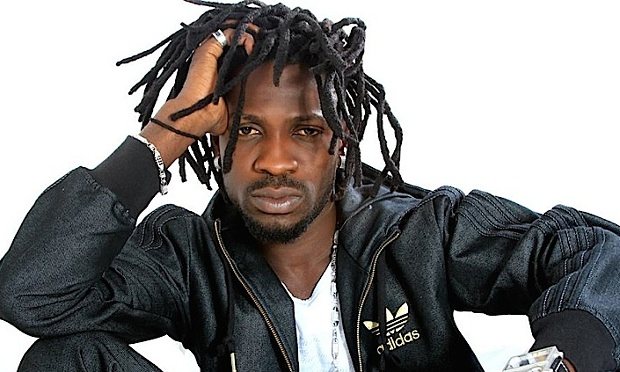 Wine, who ran as an independent candidate, beat four challengers by garnering 25,659 votes of 33,310 cast in a by-election held on 29 June.

He said that he is going to the parliament as ” preferably, a leader and not a politician, ” state-linked New Vision reports.

Ahead of his swearing in today, Bobi Wine gets his face 'made up' by Barbie Kyagulanyi, his partner pic.twitter.com/HHfLC51zCK

Wine has been courted by the ruling NRM and opposition parties, the report says.

Wine says that he was not going to ignore the president and it was the right thing to do:

I am a leader…and this country has a president. When I meet him on a function, especially on a funeral of a respected leader, it is only civilized that I greet him with respect. So my greeting to the president was courtesy.”

Wine began his music career in early 2000s and has released several hits.

Following the 2016 election he released a song titled Situka, which means rise up in Luganda.

Part of the lyrics include a challenge to Ugandans to play an active role in fighting corruption and injustice in their country:

When the going gets tough, the tough must get going, especially when our leaders have become misleaders and mentors have become tormentors. When freedom of expression is met with suppression and oppression. ”