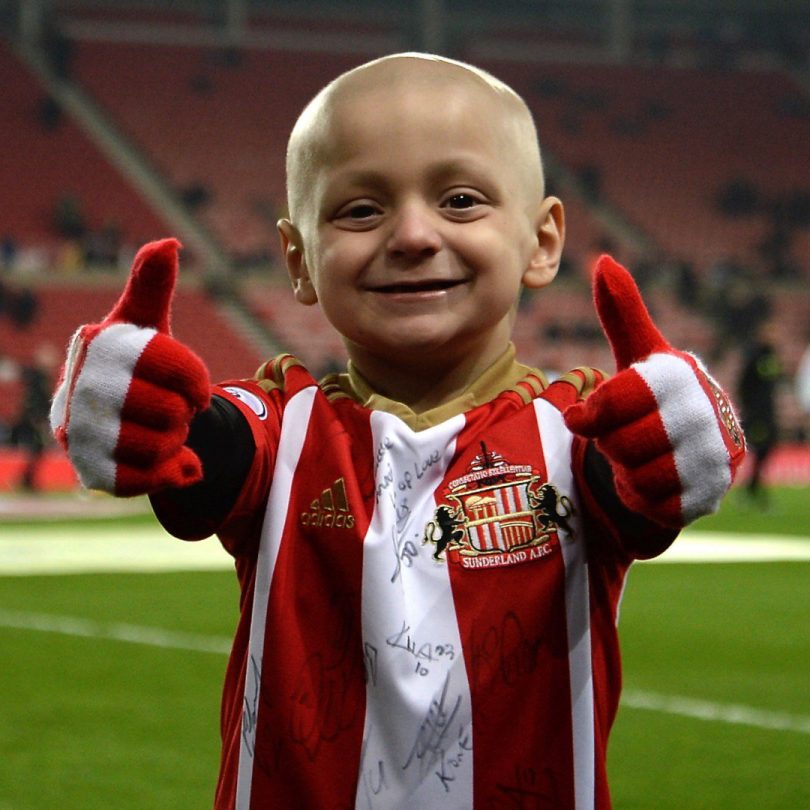 The funeral of Bradley Lowery, one of the iconic faces of last season’s Premier League season as the devoted Sunderland fan battled a rare form of cancer, drew crowds of mourners onto the streets on Friday.

Lowery died last Friday aged just six of neuroblastoma, and his parents will wear football shirts to the service to honour his love of the sport.

England striker Jermain Defoe, who formed a special attachment with Lowery during his time at Sunderland, flew back from his new club Bournemouth’s training camp in Spain to attend the funeral of his “best mate”.

Defoe had been devastated by Lowery’s death but posted a moving tribute to him the day after he died. “Sleep tight little one….” he wrote on Twitter alongside a blue heart emoji.

He went on to write the youngster’s “courage and bravery will inspire me for the rest of my life”.

Balloons and tributes adorned the roads leading to the church where the service is taking place, in the village of Blackhall Colliery in the north-east of England.

Hundreds of tributes were also on view outside Sunderland’s Stadium of Light.

The funeral service will be followed by a private crematorium ceremony.

Speakers will broadcast the funeral service to people unable to be accommodated within the church.

Football players and clubs from across the world also posted tributes online to the youngster as his family prepared to say goodbye.