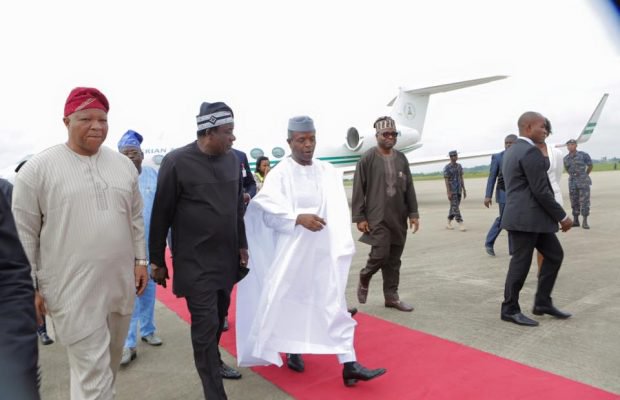 Acting President, Professor Yemi Osinbajo has returned to Abuja from London, where he met with President Muhammad Buhari.

Professor Osinbajo left Nigeria for London yesterday night reportedly on the invitation of the president.

The acting president’s spokesman, Mr Laolu Akande, who made this known in a tweet, described the meeting as a good one and promised to share more information on it soon.

“We will soon share more information about AgP Osinbajo’s London meeting with President Buhari. It was a very good meeting. God bless Nigeria.”

“AgP Osinbajo now back in Abuja from London & will be presiding over FEC this morning starting @ 11am at the Council Chambers in Aso Rock.”, he concluded.