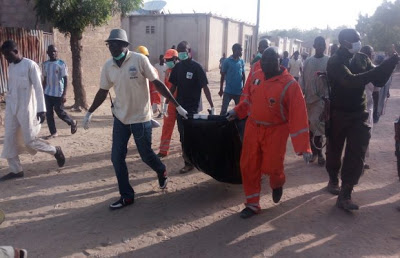 Two other bombers were said to have struck in different parts of the ancient city, but details are still sketchy.

This is the latest in a spate of suicide bombings since the release of some commanders of Boko Haram in exchange for 82 out of the kidnapped Chibok girls.

Shortly after the captives were freed, the sect released a video to warn of devastating attacks in the days ahead.

The attacks have continued even though security agencies claimed that the insurgents have been subdued.

The University of Maiduguri, which was peaceful in the heart of insurgency, has suffered many attacks.

Security agencies are yet to comment on the latest attacks in the region.