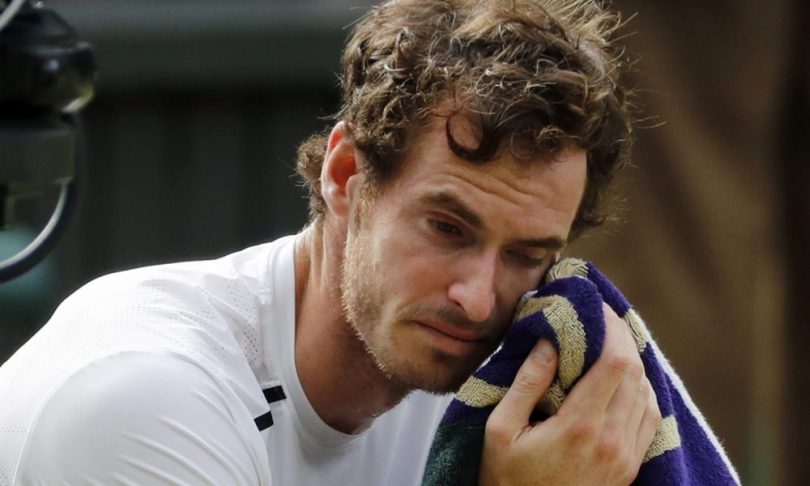 In the last two sets, Murray appeared to be struggling with the hip injury that wrecked his preparations for the tournament and he was heavily beaten by Querry in both.

However, he had made a flying start to the match. The defending champion won the opening three games and did not face a single break point as he took the first set 6-3. Querrey, the 24th seed, made a nervous start, spraying errors as Murray won eight of the first nine points. Querrey improved significantly thereafter and dominated his own service games but could not break Murray.

There were not many rallies and not too much for the crowd to get into as Murray probed away at the Querrey serve early in the second set. In the seventh game he found some magic with a backhand pass threaded down the line to bring up three break points but Querrey saved them all. However, a beautifully feathered lob helped him create a fourth chance and this time he took it, drawing the error as he forced the tall American to volley off his toes.

Querrey had not come close to breaking the Murray serve but, just when he looked in total control, he allowed his opponent back into the match. A limp drop shot prompted Murray to hit his head and foot with his racket in frustration and Querrey seized his chance.

The 29-year-old’s big forehand was coming into play as he started to push Murray around behind the baseline and then charge the net. Murray had gone right off the boil, his first serve and forehand deserting him, and it was Querrey skipping back to his chair after a backhand winner gave him the set 6-4.

The crowd were stunned by the sudden turnaround but Murray ensured his malaise did not linger with an immediate break of the Querrey serve at the start of the third set. And he held onto his advantage comfortably until he came to try to serve out the set at 5-4.

Suddenly Murray slipped back into passive mode and Querrey, hitherto unknown as a man capable of hitting searing backhand winners, found another one at a crucial moment to break back.

Murray held comfortably to force a tie-break and reaped the rewards of getting one more ball back in play when Querrey dumped a simple smash into the net to trail 3-1. Murray was cruising at 6-1 but Querrey saved three set points before the Scot took it on the fourth, winning the tie-break 7-4.

Any thoughts that Murray was on the home stretch were quickly dispelled when Querrey broke to love in the third game of the fourth set. The Scot was clearly not at his best physically and seemed to be having particular trouble moving to his backhand side. He barely even connected with a shot as Querrey secured the double break for 4-1, and moments later the set slipped away 6-1.