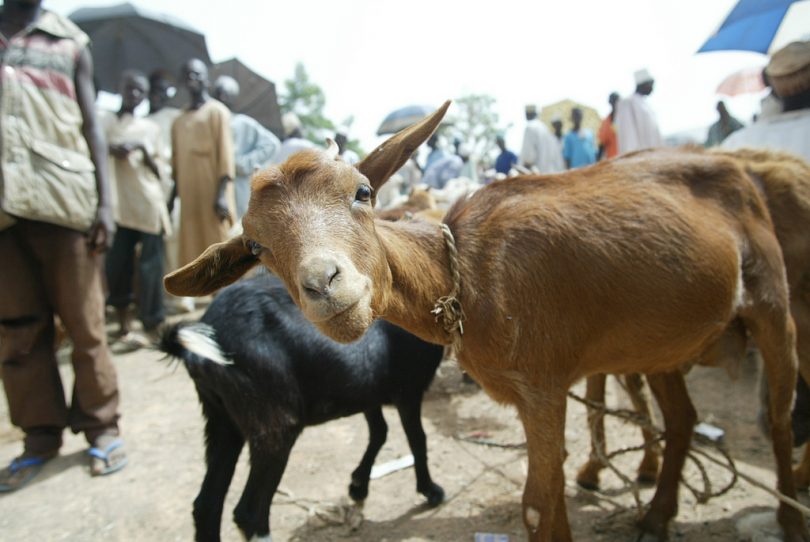 Two men- Olaide Adebori, 45, and Sunday Omisakin, 42, were on Tuesday arraigned in an Ile-Ife Magistrates’ Court, in Osun, for allegedly stealing a she-goat and its kids.

The prosecutor, Insp. Emmanuel Abdullahi, told the court that the defendants committed the offence on June 1, 2017, around 12:00 noon at Olurin Street, Ile-Ife.

He said that the accused persons were in possession of the she-goat and its kids, reasonably suspected to have been stolen.

The prosecutor also said that the accused persons conducted themselves in a manner likely to cause breach of peace.

The two defendants denied committing the offence.
The defence Counsel, Mr Samuel Judge, applied for the bail of the defendant in most liberal terms.

Magistrate Olalekan Ijiyode granted the defendant bail in the sum of N100, 000 with one surety in like sum.
Ijiyode said that the surety, who must swear to affidavit of means, should reside within the court’s jurisdiction.

The case was adjourned until June 28, for hearing.