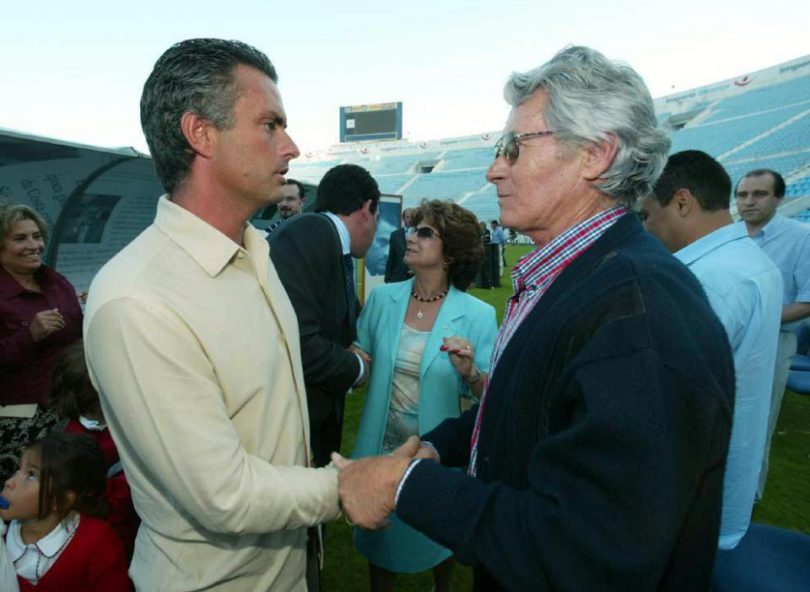 The manager posted a touching black and white photo of himself as a child alongside his father on Instagram.

Jose Manuel Mourinho Felix made more than 250 appearances as a goalkeeper for Vitoria Setubal and Belenenses in his career along with one for the national team.

He also managed Mourinho during the Portuguese’s early playing days as part of a 20-year career in the dugout which took in some 11 clubs.