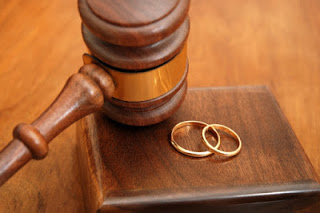 A 45-year-old beer parlour operator, Kudirat Sodiq, on Friday told an Igando Customary Court in Lagos that her husband always bites her whenever they quarrel.

She said that, Wahabi, her husband of 23 years, was also threatening her life.

“My husband left scars on my body as he always bites me whenever we fight.

“My husband will not leave me until he sees blood coming out from the wound, I have scars all over my body as proof of his abuse.”

The petitioner said that apart from the bites, her husband was also threatening her life.

“Wahabi is always threatening to kill me by suffocating me to death with a pillow.

“Because of his threat, I ran away from the house I built and relocated just to save my life.

“Last month, he came to my shop, saying that he will kill me, he smashed a beer bottle on the ground and wanted to stab me on my neck.

“I used my hand to dodge it and the bottle cut me on my right hand, blood was gushing out but for the quick intervention of neighbours who rushed me to the hospital, I could have died.”

The mother of four presented as exhibit recording of her husband’s alleged threat, and picture of her injured hand.

The woman also accused Wahidi of attempting to appropriate her house.

“My husband wanted to sell my house, he approached land grabbers asking for the original document of my house.

“The people called me to know if I was the one that sent my husband to come for the document.

“My husband drinks to stupor and smokes Indian hemp, after which he usually loses self-control.”

She begged the court to dissolve the union, saying she was no longer in love with her husband.

“I live every minute of my life in fear. Save me from the cruel hands of my husband, I have suffered so much in silence.”

Wahabi, on the other hand, said that his wife was adulterous and having extra marital affairs.

“I caught my wife inside her shop with a man cutting his nail, immediately I entered the man quickly stood up and left,” he said.

The 47-year-old transporter said that he has stopped smoking weeds and drinking alcohol for some weeks.

The respondent said that he never threatened to kill his wife but that he stabbed her by mistake.

He made a fervent plea to the court not to dissolve the marriage, claiming that he was still in love with his wife.

The president of the court, Adegboyega Omilola, adjourned the case till July 25, for judgment.