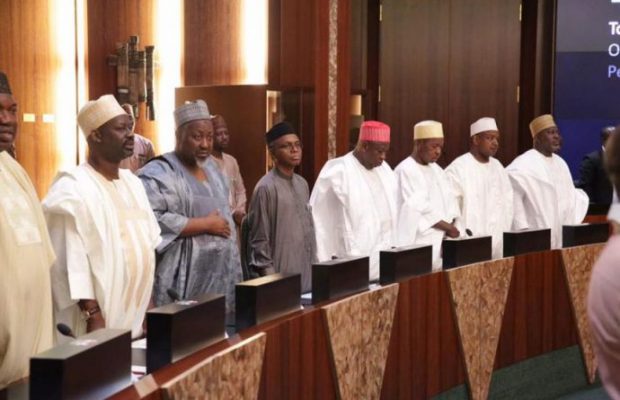 The police on Wednesday said they had deployed detectives to arrest northern youths, who ordered Igbo to quit the North before October 1, 2017.

The groups had, on Tuesday, issued a three-month ultimatum to people of Igbo extraction, resident in the 19 states in the North, to leave the North or be forced out before October 1, 2017.

A prepared text of a press conference addressed by the groups was signed by the leaders of the various groups.

“We are also telling our brothers (northerners) out there in the South-East to get prepared to come back home,” Yerima had said.

The National President of the Northern Emancipation Network, Abdul-Azeez Suleiman, who read the text of the press conference, alleged that the Igbo had become a threat to the unity of the country.

The Kaduna State Police spokesman, Aliyu Usman, disclosed this in a telephone interview with one of our correspondents, just as the Force Headquarters said it had directed police formations across the country to beef up security.

Usman stated that police took the decision to arrest the youths before the Kaduna State Governor, Nasir el-Rufai, issued the directive that the men should be arrested.

“We have already deployed our men to arrest the members of the groups that issued the ultimatum; we are working to apprehend them as part of our investigation into the declaration,” he stated on Wednesday.

Curiously, while the police said they had sent detectives to arrest the youth, members of the groups that issued the ultimatum were holding another meeting in Kaduna on Wednesday.

When contacted at 7.32pm on Wednesday, the National President of the Arewa Youth Consultative Forum, Yerima Shettima, said members of the groups were meeting.

When asked to comment on the order by el-Rufai that the youth should be arrested, Shettima said, “Please, we are meeting now on the matter. When we finish, we shall let you know the outcome of our meeting. I will get back to you once we end our meeting please.”

On its part, the Force Headquarters said it had beefed up security nationwide and deployed more operatives in major cities to forestall a breakdown of law and order.

The Force Public Relations Officer, Jimoh Moshood, said the Inspector-General of Police, Ibrahim Idris, had also directed command Commissioners of Police and Assistant IGPs in charge of zonal formations to ensure enforcement of the law in their jurisdictions.

Moshood said, “Before now, we had beefed up security across the country, and we are increasing deployment and patrol across major cities to ensure law and order not only in the North, but in every part of the country, we are improving on that.

“The IG has directed all commissioners of police and AIGs in charge of zones to ensure absolute enforcement of law and order and protection of lives and property.”

Asked if the police would arrest the members of the group behind the anti-Igbo declaration, Moshood claimed that he had not “seen” the ultimatum, more than 24 hours after the threat was reported by the media.

“I have not seen any ultimatum. It’s only in the media and the police will not be mixed up in politics. We are to ensure law and order, which is what we are doing.  Anybody who now comes out to threaten the lives of others, the law will take its course,” he stated.