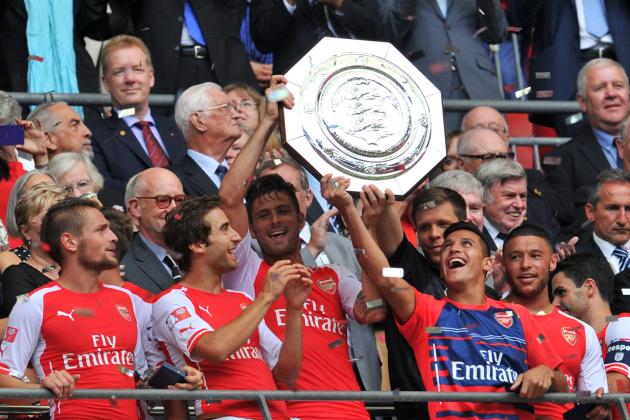 Money earned from the upcoming FA Community Shield will be donated to those affected by the Grenfell Tower fire.

The FA, the two teams involved in the game, Arsenal and Chelsea and sponsors McDonald’s are expected to raise an amount in the region of £1.25 million for the victims.

Alongside the donation, the families of the victims and survivors will be invited as guests to the game along with all those emergency service personnel who performed their duties.

FA chairman Greg Clarke said: “Like the rest of the country, we were all deeply saddened by the terrible incident at Grenfell Tower. The suffering and loss for those involved is unimaginable.

“Football is for all, and we hope that on August 6 it can in its own way give something back to those who are most in need.”

Arsenal chief executive Ivan Gazidis said: “The club stands side by side with Chelsea in reaching out to the community and expressing our support and solidarity for those who have lost friends and family, their homes and their sense of security in the wake of this tragic
event.

“We also pay tribute to our city’s emergency services who showed immense courage and bravery. We play the FA Community Shield on Sunday, August 6 for the victims and the heroes of this terrible tragedy.”

Chelsea chairman Bruce Buck added: “Our thoughts are with the families and friends of those who lost their lives and our deepest sympathy goes out to anybody who may have suffered in any way due to the dreadful fire at Grenfell Tower.

“We at Chelsea Football Club hope this Community Shield match with Arsenal will provide such support once again.”