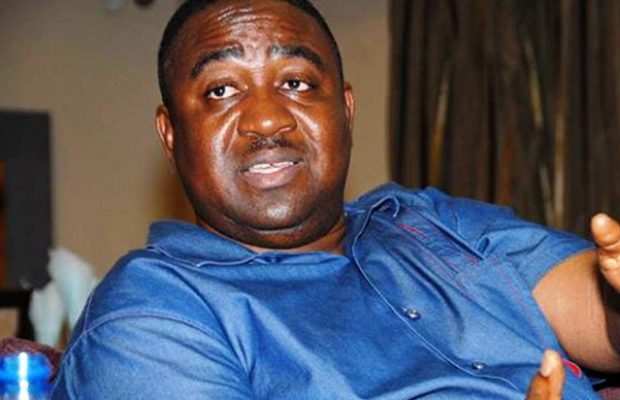 A Federal High Court in Abuja on Wednesday struck out a N10bn fundamental human rights enforcement suit filed by a former governor of Benue State, Gabriel Suswam, against the Department of State Service, its Director-General, Lawal Daura, and the Attorney-General of the Federation and Minister of Justice, Mr. Abubakar Malami (SAN).
Justice Gabriel Kolawole struck out the case following an application by Suswam’s lawyer, Joseph Daudu (SAN) for the withdrawal of the suit.

Counsel for the defendants, Mr. C.D Akpe, did not object.

Suswam was released from DSS custody on Sunday after spending about 70 days in detention. He  is being prosecuted by the Economic and Financial Crimes Commission, EFCC, before Justice Ahmed Mohammed of the same Abuja Division of the Federal High Court.

He was charged along with his Commissioner of Finance, Omadachi Oklobia, for alleged diversion of about N3.9bn belonging to the state.

Suswam, alongside Oklobia, and former Accountant, Benue State Government House Administration, Mrs. Janet Aluga, will be arraigned by the Office of the Attorney-General of the Federation before Justice Kolawole on Thursday.