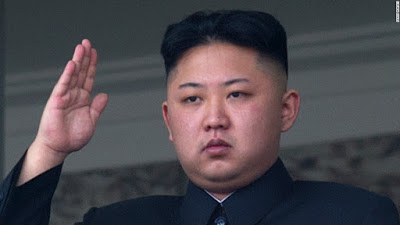 North Korea is accusing the United States of America (USA) and South Korean of a joint plot to kill its leader, z, according to state media report.


The ministry of state security said a terrorist group backed by the CIA and South Korea’s intelligence agency had entered the country to attack Kim with a bio-chemical substance.

It said North Korea would find and “mercilessly destroy” the terrorists.

It comes amid high tensions in the region.

The Supreme Leader would have been targeted at a military parade and public procession, with the results not visible for six to 12 months afterwards, it said.

It alleged that a North Korean, identified only by the surname “Kim”, had been “corrupted and bribed” by South Korean intelligence services while he was working in Russia.

It listed several payments made to him, and said on his return to Pyongyang he was instructed to provide detailed information about a frequently used event ground and to assess possible methods of attack.

“Korean-style anti-terrorist attack will be commenced from this moment to sweep away the intelligence and plot-breeding organisations of the U.S. imperialists and the puppet clique,” Pyongyang said.

A war of words between the West and North Korea has escalated in recent weeks, with the communist enclave threatening to carry out a sixth nuclear test.

The U.S. has sent a warship to the region and installed a controversial anti-missile defence system in South Korea.