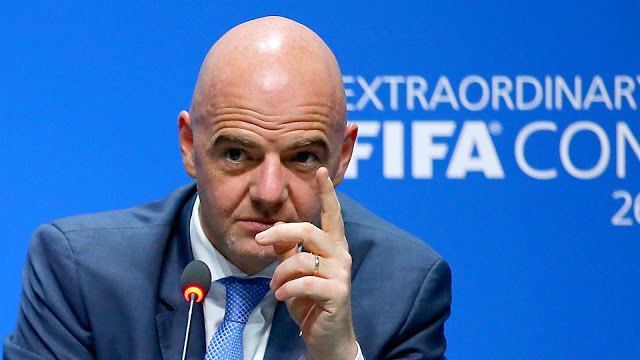 The FIFA Council has ratified the decision to give Africa nine automatic places when the World Cup expands to 48 teams in 2026.
The move was confirmed on Tuesday in Bahrain – the continent currently has five spots at the tournament.
A tenth African country will take part in a six-nation play-off tournament to decide the last two spots.
The Bureau of the FIFA Council made the original proposal of how it planned to allocate the 48 places? on 30 March.
The expanded World Cup will feature 16 teams from Europe.
FIFA members voted in January to expand the World Cup from 32 to 48 teams, starting with the 2026 edition.