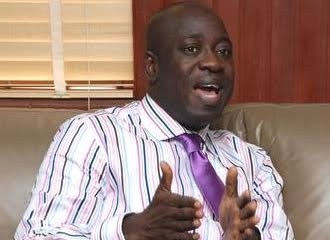 Publicity Secretaries of state chapters of the All Progressives Congress (APC) have been advised not to see the party’s critics as enemies.

National Publicity Secretary of the party, Malam Bolaji Abdullahi, gave the advice at the opening of a two-day External Communication and Social Media Workshop organised for them in Abuja on Friday.

The workshop was organised by the party, in collaboration with the International Republican Institute (IRI), a non-profit and non-partisan organisation which advocates freedom and democracy worldwide.

“As a party that was in the opposition, we went round the country asking people to vote for us and made promises; people will now hold us to account for those promises.

“They will recall that we were a party that was in opposition and that there were things we said as opposition that presumed that we were operating on high moral grounds.

“Now that we are in government, they will want to hold us to the same, if not higher standard, and they will ask questions,’’ he said.

Abdullahi added that while some persons would ask nicely, others may not, and cautioned, therefore, that the party`s spokespersons should not see such persons as enemies.

“One thing that is clear to me is that my job will be easier if I do not see anyone who criticises the party as its enemy,’’ he said, adding that he took every criticism as well-intentioned, while sticking to available facts.

He charged the spokesperson to see the workshop as an opportunity for them to share knowledge on how they could work better while supporting one another.

Abdullahi commended the spokespersons for attending the workshop and further charged them to see it as an avenue to interact and learn from their experiences.

He advised them to remain civil even when the opposition operated like they were in a state of war.

“As a party in government, there is a level of temperament that is expected of you since the house belongs to you,’’ he said.

He commended IRI for supporting the initiative to organise the workshop, which he said was greatly appreciated by the party`s leadership.