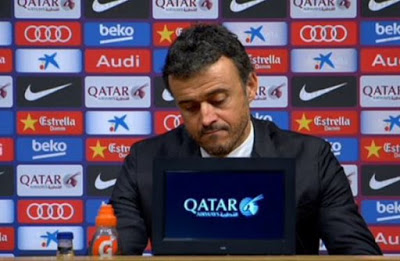 Barcelona vice-president, Jordi Mestre, has revealed that they have chosen their new manager.

The new boss will take over from Luis Enrique, who announced his departure from the Nou Camp in March, after three seasons in charge.

“We have already chosen his replacement but we won’t communicate our decision right now out of respect for Luis Enrique,” Mestre said.

Enrique has three more games in charge of the La Liga champions before he steps down – two La Liga fixtures against Las Palmas and Eibar, and the Copa del Rey final against Alaves on May 27.

Barcelona have won eight of the 10 trophies on offer during Enrique’s reign, including a Champions League title in 2015.