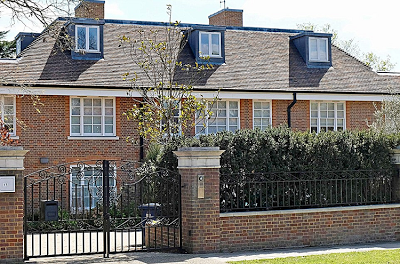 A major crackdown on tax evaders is on the way, Finance Minister Kemi Adeosun said yesterday.

They will be named and shamed – in a desperate move to improve the tax to Gross Domestic Product (GDP) ratio and expose evaders.

The minister, who spoke at the end of the 2017 IMF/World Bank Spring Meetings in Washington, said Nigeria has the worst tax to GDP of six per cent in the world, as only 13 million people pay their taxes.

She spoke of collaboration with the British Government to ensure that Nigerians who own properties in the UK pay taxes in Nigeria. She said that many of the people who fly business class, and own houses in the UK will have to be watchlisted. “If you buy business class ticket, we will probably be looking at, is this person a taxpayer anywhere?”

“At every data point of government, we will be picking up information that will be used to compare people to pay taxes. There is going to be much better collaboration from the international community,” she said.

According to her, a lot of money has left Nigeria, and there is UK focus on sharing the data. “So, under the Beneficiary Owners Register, which has been signed, with the David Cameron administration, the UK is going to give us the list of everybody that owns properties in the UK, once it is owned by a Nigerian. That will enable us to say: ‘Is this person who owns four or five properties in the UK, how much tax are you paying in Nigeria?’

“So, it is going to be a very systematic process, using a lot of data and moral-suasion on the people, telling them that this is the time to do the right thing because that is the only way the country can move forward.”

She said: “When we travel, and we say, look at their roads, look at their airports, they have a very good tax system. Nigeria has one of the worst tax to GDP ratios in the world. We have to find ways to make our tax collection much more effective. Once we have spent time on data, we will encourage people to pay taxes, and from there, we’ll move to naming and shaming tax evaders.

“We only have about 13 million tax payers in Nigeria at the moment and about 12.5 million of them are Pay As You Earn (PAYE). So, all the wealthy and self-employed that pay taxes are only 500,000. People are going to be invited, and it is really the wealthy and rich that will be invited. We want to be much more aggressive on tax payment, not because we want to witch-hunt anyone, but because we have to, because it is the job of government to ensure revenue redistribution from the high and low.”

“So, people have to contribute their fair share. Those, who for years have been able to get away with evading tax should know that the game is over. It is time to do the right thing,” she said.

Mrs Adeosun said there were no plans to introduce new taxes, but the implementation of tax laws will get attention.

The minister said the government had been gathering data. “That is why you hear that about over 800,000 companies have been put into the tax net. How was that done? We simply went to the Corporate Affairs Commission (CAC) to know the number of registered companies and then check their tax records. A report recently went out from the Accountant-General’s Office, and anybody who has payment to collect must have up-to-date tax status. So, everything we are doing is driving people into the tax net,” she said.

Mrs Adeosun said Nigeria has six per cent tax to GDP ratio whereas Ghana and South Africa have 15 per cent, 30 per cent.

On the recovered loot, the minister said the funds were being put in a collection account, and will be used to fund part of the budget.

Mrs Adeosun said all agencies of government must now give monthly reports on how much they have recovered and that the funds are being kept for key projects.