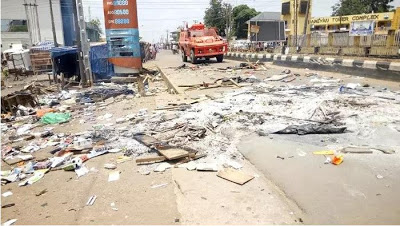 Victims of the ethnic clash that occurred in the Sabo area of Ile Ife, Osun state, are still counting their losses over the violence that wreaked havoc in their area.

They have appealed to the government to assist them by providing shelters for those displaced.

The residents made the plea when a team from the National Commission for Refugees, Migrants and Internally Displaced Persons visited the community.

A member of the team, speaking to Channels Television, said the commission believes that whenever there is a crisis, the first thing to do is to ensure that the victims are at least able to eat.

According to her, that provides immediate succor for the victims.

Meanwhile, the wife of the Ooni of Ife, who also accompanied the team, appealed to the community to embrace peace.