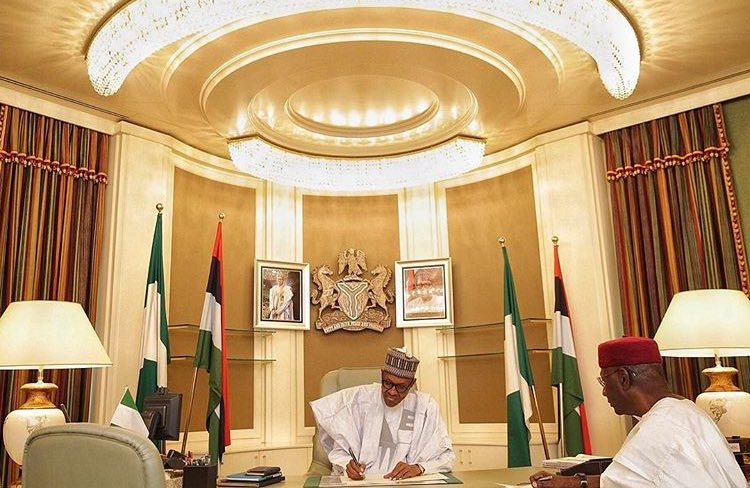 President Muhammadu Buhari on Wednesday, has sought the approval of the National Assembly for the federal government to secure about $6.4 billion dollar loans from the World Bank and China to fund infrastructural objectives across the country and combat polio outbreak in the North-East.

In a letter separately read by Senate President Bukola Saraki and the Speaker of the House of Representatives, Yakubu Dogara, Mr. Buhari sought approval to borrow a total of $5.851 billion from China to fund Nigeria’s railway projects.

In the letter, Mr. Buhari asked the lawmakers for quick approval to enable Nigeria access the China-Africa fund package already included in 2016-2018 external borrowing plan which was forwarded to the National Assembly last August.

The Senate had initially rejected the borrowing plan entirely in November last year.

Mr. Buhari explained that the funds accessible under the package are limited and that applications from other African countries are treated on ‘first come first serve’ basis.

The President’s letter reads: “I wish to refer to my earlier letter with respect to the above subject and to inform the distinguished senate that the China Exim bank has approved our request for a loan to execute the Lagos-Kano railway modernisation project, Lagos-Ibadan segment for a sum of $1.231 billion.

“The China government has also informed us that the approval of the Lagos-Kano railway modernisation project, Kano-Kaduna segment and coastal railway project, the Lagos-Calabar segment are imminent.

“As you are aware the funds available under the China-African fund are limited and loan applications from all over Africa countries are funded based on first come, first serve and therefore there is an urgent need to sign these loans as soon as they are approved or we may loose out in the event that we delayed in signing the loan agreement.

“These loans form part of the overall money for the rail strategy. We are in the process of completing the concession of the port Harcourt Maiduguri line to immediately link the eastern part of the nation.

“We fully intend to source further concessioning funding to ultimately upgrade this critical line to high speed standard gauge. These projects form the overall plan to resuscitate the rail transport across the nation and thereby drive inclusive growth.”

Similarly, Mr. Buhari also repeated his request for endorsement of the $575 million loan from the World Bank to tackle infrastructural collapse and combat polio outbreak in Nigeria’s North-East ravaged by Boko Haram terrorism.

The request had earlier been made in October 2016, with appeal for ‘immediate approval’.

Out of the total package of $575 million, $125 million is for the polio emergency, while $450 million is to assist Nigeria in the reconstruction and rehabilitation efforts in the North-East.

But, apart from polio, Nigeria’s North East, especially Borno, Adamawa and Yobe states – is a case of humanitarian emergency and infrastructural as well as socio-economic collapse, largely due to Boko Haram terrorism.