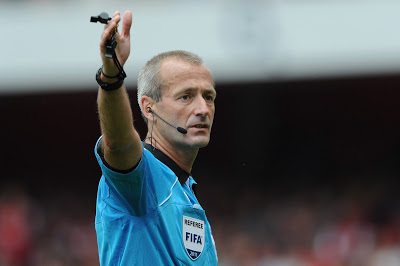 Martin Atkinson has been selected to take charge of the Manchester derby on Thursday.


Atkinson, 46, will be the lead official when United visit City at the Etihad Stadium, where the latter look to jump ahead of their city rivals in the Premier League standings with a win.

He was the head official for Manchester United’s derby victories in the 2009-10 season, both of which were won in stoppage time.

Atkinson also presided over United’s 3-2 victory at the Etihad Stadium in 2012
Neil Swarbrick will be the game’s fourth official.