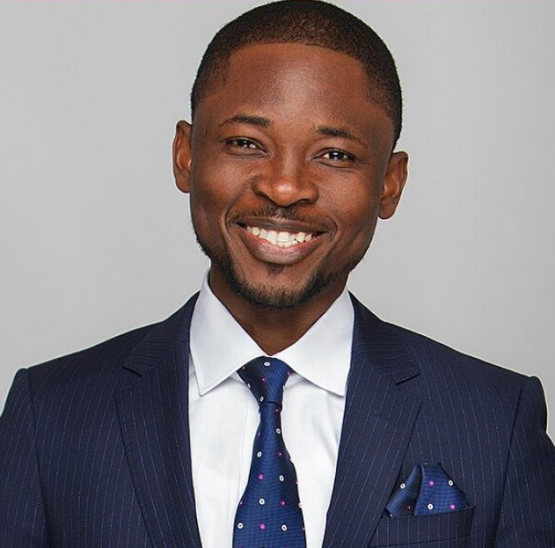 Nigeria, as it is presently set up, has no chance of thriving. The idea of certain countries today as “emerging economies” instead of “developing countries” as it was just years ago is proof of the fact that while political realities continue to define economic realities, the outlook of countries will first be defined by their economic realities before anything else.

I believe that one cannot appreciate the cost of Nigeria’s structural set-up without looking at it from the economic angle. Politics makes certain structural realities look essential but the economics of these realities reflect the bitter truth without the emotional appeal of political exigencies. A business that goes from having four executive leaders; as we had the leader of the national government and the elected Premiers of the four regions between 1960 and 1966, to now having 37 executive leaders in the President and the 36 elected governors, has no chance of thriving without a corresponding increase in its productivity. This alone would have dented an entity’s chances of profitability and survival but this was the least of the structural changes that cost our children their future. Those children are the adults who are today poorer than their parents were.

We are that country where the system of governance more or less demands that virtually all its revenue, including borrowings be spent on running government while whatever pittance is left can be spent on building infrastructure and providing health services. Nigerians like to ask, “Where is this country going?” It may look like a tough question but it is quite easy; if Nigeria continues with its current political structure and the same type of politicians running the structure, we will have it worse in the 2030s and 2040s than we do today.

The structure is bad enough but the structure would have just been okay if we had not made a bad situation worse by mostly electing or appointing the worst of us into public offices for successive years. At the dawn of this Republic, ministers and lawmakers had houses they could move into in Abuja as soon as they were appointed. Former president Olusegun Obasanjo’s monetisation programme changed that. Monetisation essentially meant that the government would stop managing such properties so the government sold them at giveaway prices to the ministers occupying such buildings at that point in time. That move was meant to help reduce waste in government. Over time, as it is the case with this country, the lawmakers felt, if the ministers could get that, why not us? So they huffed, puffed and eventually got to buy their own houses. At first, the Senate President and the Speaker of the House of Representatives couldn’t buy their official residences because it just could not stand to reason that the Federal Government would sell such assets. To a certain extent, it would more or less be like the government selling the Aso Rock Villa to the President. So, the Senate President and the Speaker did not get their wishes.

This did not last for long though because in Nigeria, politicians often get their wish, irrespective of whether such wishes are in the collective interest of most Nigerians. More often than not, the interest of the nation is butchered once it clashes with the interests of certain powerful individuals. And so it happened. A certain President wanted to run for office and needed the support of his party’s big wigs. When the time came, the Senate President and the Speaker of the House amongst other requests asked the President to sell their official residences to them. The President traded these national assets for his own ambition without blinking an eye. Today, Senator David Mark lives in what was the official residence of the Senate President as built by the much battered military government and Dimeji Bankole, who didn’t even win re-election himself, owns the then official residence of the Speaker of the House. His successor, Aminu Tambuwal, had to make do with living in a rented apartment.

The following election cycle, there were no government houses to trade so people “managed” millions of dollars as incentives to help ensure the re-election of a man who said, “my ambition is not worth the blood of any Nigerian.” As the dollar revelations continue to unravel, it appears that that ambition did not just cost Nigerians a life in 2015; generations yet unborn will pay too. And to think that this particular ambition was so expensive Nigerians refused to buy it in the end.

That was not a one-off, today, the future of Nigerians goes into paying the salaries and allowances of 36 governors and 36 deputy governors, those governors and deputy governors have aides who have their own aides. In fact, there are some governors with aides in the thousands and several hundreds. It is easy to blame them but you only need to take another look to see that the politics of ethnicity and “na we turn” requires that you give everybody something, whether or not there is need for such offices to be created. Our 774 local government chairmen draw salaries and allowances. Their aides don’t collect sand at the end of the month. Councillors are in the thousands. Let us not forget the commissioners. As the 1999 Constitution burdens us with the need to appoint ministers from each state – irrespective of the economic sense – so do the states appoint commissioners to satisfy local yearnings for the unfortunate national cake. These commissioners have their aides. How can one even forget “the big gorilla in the room”, the National Assembly? They cost Nigerians so much, the numbers baffle them too, so they have refused to release their budget for scrutiny. This body is empowered by the constitution to appropriate the budget and to have oversight functions over its spending by the Executive but has in reality a budget of its own that is the most opaque of any legislature in the world.

Nigeria has a corruption challenge but apart from that, we are a small business expanding its branches and appointing executives to manage such branches, increasing the cost of operations even as the losses of the company get bigger. And we actually hope that somehow, these disastrous inputs will yield prosperous outputs, so we pray for miracles instead of simply altering the inputs. There are far more poor Nigerians today than in 1980 and before you excuse that on population increase, how will you excuse the fact that our poverty rate today is far higher than it was in 1980? That fact is even scarier when you see that our birth rate remains potent even as our national productivity has declined over the years.

What that means is that we will continue to be poorer except we change our socio-political and economic structure. What we are currently doing is replacing the bandage every four years on a body that requires surgery.

This system is broken; we all know it.

The question is, are we even willing to go through the pains it’d require to truly change it when we can’t even admit the glaring facts staring us in the eyes? To start with, how can a system change when those who challenge the current order of the system are demonised for stating the obvious? Just take a look at the Emir of Kano, His Royal Highness, Muhammad Sanusi II, there are rumblings about the possibility of him being dethroned. Why? He decided to speak the truth about poverty, maternal and child mortality, health challenges like the VVF amongst other avoidable unwholesome realities that have bedevilled Nigeria, especially the North for several years. You would think such a message would be popular, but not in Nigeria, where a lot of people do not know how and what to think, so they are told what to do by the same people who took their dreams and future away.