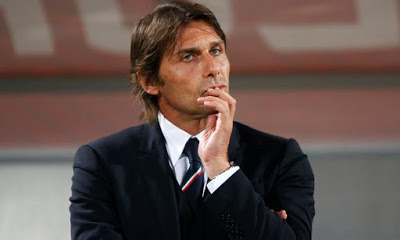 Chelsea boss Antonio Conte has hinted he would love the chance to return to Serie A.

The former Juventus and Italy head coach took charge at Stamford Bridge last year and has guided the club towards a possible Premier League and FA Cup double in his first season.

However, Conte has been linked with a move back to Italy at various times in the past year, with speculation suggesting that Inter are eager to tempt him to San Siro as part of their long-term project to revamp the club.

The 47-year-old has admitted that would be tempted to go back to his home country and even hinted at interest from Inter and AC Milan, both of whom are now bankrolled by Chinese investment groups.

Asked if he would return home, Conte told TV show Emigratis: “Yes. My heart is always in Italy.”
When it was suggested that his wages would be too high for Serie A clubs, he replied: “Haven’t the new owners come in now?”

Conte’s Chelsea are four points clear of Tottenham at the top of the Premier League ahead of Sunday’s trip to face Everton.

They will meet Arsenal in the FA Cup final, having overcome Spurs 4-2 in the last-four clash at Wembley last week.