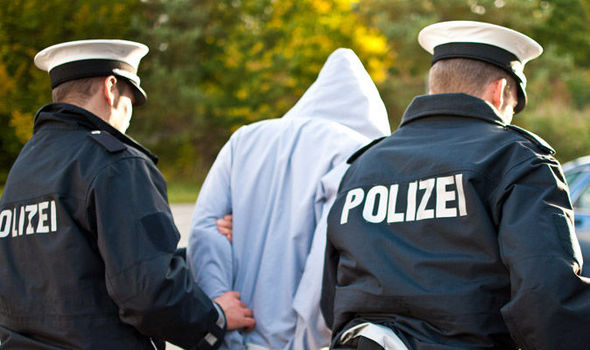 Germany has deported to Nigeria an alleged Islamic extremist, an ISIS suspect, deemed dangerous by authorities. He is a German citizen, not Nigerian.

The German news agency, dpa, reports that the 22-year-old man, who was born in Germany and who had not committed a crime, arrived in Lagos Thursday.

The unidentified man was one of two detained in February in Goettingen during an investigation of suspected attack plans. His partner is a 27-year-old Algerian. Both of them lived with their parents in Göttingen.

When the two men were picked up, investigators found two weapons, at least one of them a firearm that had been altered to fire live ammunition.

Also found were ammunition, flags of the Islamic State group and a machete.

The man deported to Nigeria is banned from entering Germany for life.

Following attacks by Islamic extremists last year, German authorities vowed to step up deportations of foreigners deemed to be threats.

The two men, according to www.dw.com, were arrested after being under surveillance for some time.

After their arrest, the German interior ministry requested their expulsion after classifying them as a threat to national security.

Their deportation has no precedence in German history.

“We are sending a clear warning to all fanatics nationwide that we will not give them a centimeter of space to carry out their despicable plans,” said Lower Saxony’s Interior Minister Boris Pistorius (SPD) following the court ruling authorising the deportation

“They will face the full force of the law regardless of whether they were born here or not,” he added.

In the case of the Algerian, the court made his deportation conditional on assurances from the Algerian government that he would not be tortured or subjected to any inhuman treatment.