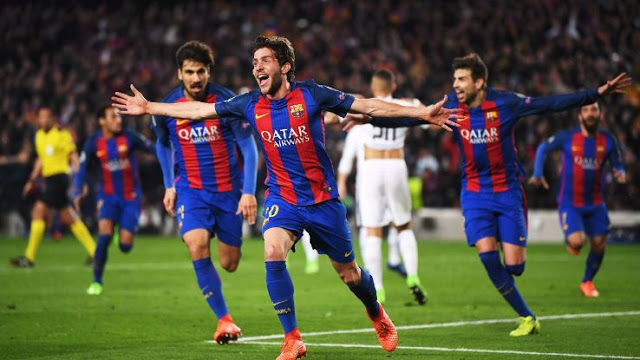 Juventus striker Gonzalo Higuain knows there is no room for complacency against miracle men Barcelona at Camp Nou on Wednesday.

The Serie A leaders boast a commanding 3-0 advantage over Barca from the first leg of their Champions League quarter-final.

But Luis Enrique’s men – who face a pivotal week in the season with a trip to Real Madrid in El Clasico on Sunday following on their agenda – made Champions League history in the previous round when they overturned a 4-0 deficit against Paris Saint-Germain with an improbable 6-1 win on home turf.

“I don’t know whether our 3-0 lead will be enough. We have to come out fighting at Camp Nou and play like we did in the first leg in Turin,” former Madrid striker Higuain told Juve’s official website.

“Barcelona showed against PSG that they’re capable of producing miracles, so we have to be on our toes.

“They’ll be wary of us too, however. We’ll be looking to create opportunities to score and we’re certain that we have what it takes to reach the next round.”

Juventus have designs on sweeping the board with a treble this season.

They hold a handsome eight-point advantage over Roma at the top of Serie A with six games to play and face Lazio in the Coppa Italia final at the end of next month.

“I’m very satisfied about how the season is going. There’s still just over a month left and we want to go all the way in each competition,” said record signing Higuain, who has 29 goals in all competitions.

“This is a crucial moment in our league campaign. It’s not over yet and we’ve 18 points to play for so we can’t take our foot off the gas.

“With each game, however, we’re getting closer and closer to that sixth straight Scudetto we all want so much. We’re in the driving seat.”