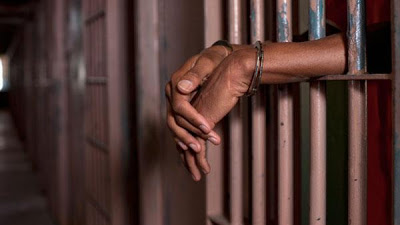 A Makurdi Magistrates’ Court on Wednesday remanded three farmers in prison custody over the alleged death of a Fulani herdsman.

The News Agency of Nigeria (NAN) reports that the farmers were arraigned in court for criminal conspiracy and culpable homicide.

When the case came up for a mention, the pleas of the farmers were not taken. The accused persons are Eric Tsambe, Agover Ioreren and Adua Terhile, all from Mbahimin Gwer East Local Government Area of Benue.

The Police Prosecutor, Insp. Abraham Akule, told the court that the case was reported at the Aliade Divisional Police Headquarters by one Oralu Saawuan of LGEA Primary School Mbahimin on Feb. 28, 2017.The complainant stated that he came back from the Airport Market in Makurdi and saw some cattle wandering around the bush behind his compound.

He said that when he made inquiries, he was informed that some youths had a problem with herdsmen for allowing their cattle to eat up some crops.

He stated further that the chairman of the vigilance group in the area later informed him that there was a case of a missing Fulani man for which a search was conducted and a corpse was found in the bush.

It was later discovered that the corpse was one 35-year-old Mohammed Adamu, a Fulani herdsman. During a police investigation, the accused farmers were arrested for committing the crime.

The prosecutor said that investigation into the matter was in progress. He said that the offence contravened Sections 97 and 222 of the Penal Code Laws of Benue State, 2004.

The Magistrate, Mrs Franca Yuwa , adjourned the case to till May 9 for a mention.