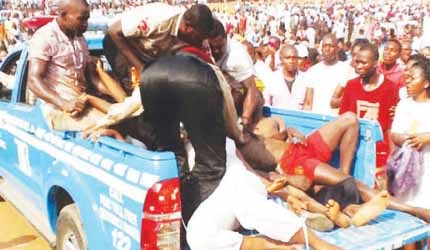 The Federal High Court, Abuja, has fixed February 7 for continuation of cross-examination of prosecution witness, Tabugn Sylvanus, in the on-going trial of former Minister of Interior, Abba Moro, and three others over recruitment fraud.

Justice Nnamdi Dimgba adjourned the matter to enable the prosecution produce a letter allegedly written by Drexel Nigeria Ltd, one of the defendants.

The said letter was written to the Board of the Nigeria Immigration Service for conduct of the botch 2014 recruitment.

The defence counsel, Paul Erokoro, requested the letter to enable him carry out a proper cross-examination on the witness.

The News Agency of Nigeria recalls that the NIS conducted recruitment on March 15, 2014, that led to the death of 15 applicants, while several others were wounded.

At the last adjourned date, a former Controller-General of the Service, David Paradang, told the court that he was not aware of the 2014 recruitment.

Mr. Paradang was Controller-General between June 2013 and August 2015.