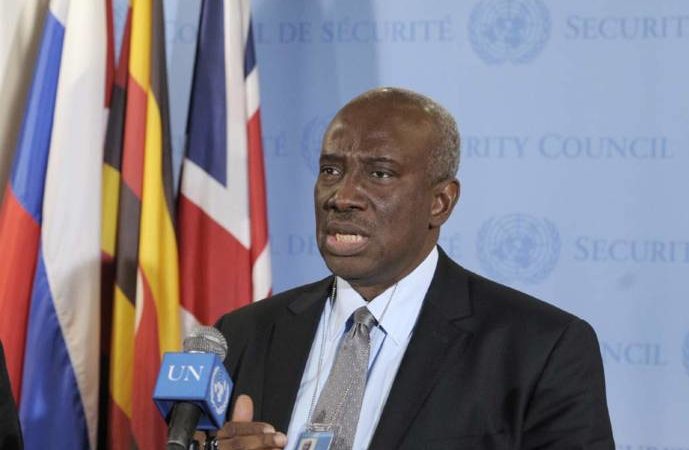 Justice Jallow was sworn in by President Adama Barrow in Banjul on February 15.

Falana recalled that Justice Jallow, who is the second Gambian to serve as Chief Justice was the Minister of Justice and Attorney General until the Yayah Jameh coup ousted the Jawara government in 1994.

He described Jallow’s appointment as “a plus to the judiciary in West Africa.”

Falana said, “He had also served as a Justice of the Supreme Court of The Gambia before his appointment as a United Nations prosecutor in Rwanda. Justice Jallow is the current chair of the Africa Group on Justice and Accountability.

“The appointment of Hassan Jallow as Chief Justice has been hailed as a plus for the judiciary in West Africa. Jallow’s appointment and the decision of the government to return to the International Criminal Court have confirmed the determination of the Adama Barrow administration to end official impunity and restore the rule of law and judicial independence in The Gambia.

“Even though the African Commission on Human and Peoples’ Rights is located in Banjul the human rights record of The Gambia was the worst in West Africa under President Jammeh.

“Over the years the courts in The Gambia became completely compromised. As victims of gross abuse of human rights lost total confidence in the local courts they were compelled to seek relief in the Community Court of Justice of the Economic Community of West African States.

“Although the victims won their cases the government refused to comply with the judgments of the court.”

He expressed confidence in Jallow’s ability to rebuild The Gambian judiciary.

Falana said, “No doubt, the task of rebuilding the judiciary in The Gambia after 22 years of authoritarian rule is daunting.

“But having worked closely with Justice Hassan Jallow in the Africa Group on Justice and Accountability, I have no doubt that he has the capacity to serve his country with commitment and distinction.

“His Lordship will certainly enjoy the cooperation of The Gambian Bar Association which has been in the forefront in the defence of the rule of law and independence of the judiciary.”