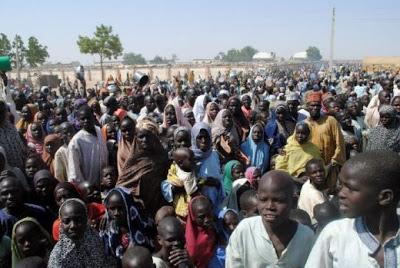 Cameroon has forcibly repatriated more than 500 Nigerians who had fled into the country due to the Boko Haram insurgency, according to the UN Refugee Agency (UNHCR).

A total of 517 Nigerians were sent back to their home country, including 313 who had applied for asylum, according to a UNHCR statement.

UNHCR Cameroon tweeted that it was “very concerned by these repatriations and continues to advocate for access to asylum and the principle of non-refoulement.”

Non-refoulement refers to the practice of not returning refugees to a country where they could face persecution.

UNHCR said it planned to sign an agreement with Nigeria and Cameroon on March 2 that would see 85,000 Nigerian refugees voluntarily resettled in their home country.

More than 61,000 refugees are currently living at the Minawao camp and a further 20,000 at the Logone-et-Chari camp in Cameroon’s far north region.

Nigeria and its neighbours have cooperated closely in fighting Boko Haram, which split into a faction aligned with the Islamic State militant group (ISIS) and another loyal to long time leader Abubakar Shekau in 2016.

The military has succeeded in preventing the sect from carrying out organised attacks, but it still retains the capacity to carry out suicide and car bombings.

Seven suicide bombers blew themselves up last week on the outskirts of Maiduguri, the Borno state capital in north-east Nigeria.