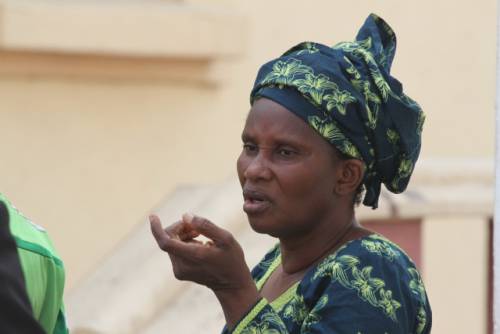 The Lagos Division of the Court of Appeal has dismissed an application filed by a former Lagos court registrar, Oluronke Rosulu, who was sentenced to 10 years imprisonment by an Ikeja High Court for defrauding a former Chief of Army Staff, Lt.-Gen. Ishaya Bamaiyi( retd.) of $330,000.

Rosolu had been convicted by Justice Lateef Lawal-Akapo of the Lagos High Court, Ikeja on the two-count charge of conspiracy and obtaining money by false pretences brought against her by the Economic and Financial Crimes Commission, EFCC, on December 21, 2015.

Consequently, the appellant, through her lawyer filed a notice of appeal on December 30, 2015, challenging her conviction.

However, in a judgment delivered today, the Court of Appeal dismissed her appeal and affirmed the decision of the lower court.

Rosulu had aided Fred Ajudua, a one-time Lagos socialite, to defraud Bamiayi when they were both remanded at the Kirikiri Maximum Prison, Lagos for different offences.

The prosecution had told Justice Lawal-Akapo that Ajudua made a false representation to Bamaiyi that the $330,000 was the professional fees for the law firm of Afe Babalola and Co. to facilitate Bamaiyi’s release from prison, a claim which the firm denied.

During the trial, Rosulu had denied going to the Kirikiri Maximum Prisons or knowing Ajudua.

However, counsel to the prosecution presented a number of witnesses who testified that Rosulu went to the prison on different occasions to collect the money from Bamaiyi on behalf of Ajudua.

While delivering her judgment, Justice Lawal-Akapo had said:  “The representation that she never collected $330,000 from the complainant is deceptive; the accused could not provide a strong alibi for her whereabouts when the fraud occurred.

“I find the accused guilty as charged.  As a registrar of court, the accused should have been an image maker of the judiciary, but she acted in the contraryå.

“Both sentences are to run concurrently.”