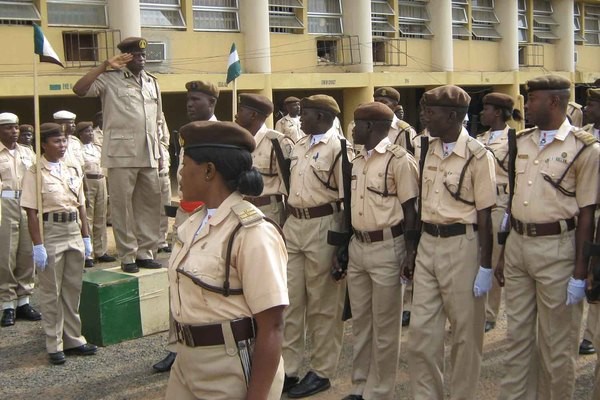 Those affected include ACG Ezekiel Kaura who now heads the ICT Department which is considered the engine room for the e-solution programme of the NIS; Chizoba Dibi who has been promoted to ACG and posted to Zone ‘G’ in Benin as Zonal Coordinator; Hamman Yerima from Delta State Command to the Investigation and Intelligence Directorate at the Headquarters, Abuja; while Epuku Usman takes over as the Comptroller, Murtala Mohammed International Airport, Lagos as Felix Odika heads the Nnamdi Azikiwe International Airport Command, Abuja.

Also affected is Ekpedeme King, the Service Public Relations Officer who has been promoted to the rank of Comptroller and deployed to head the Anambra State Command.

Similarly, 37 Passport Control Officers have been redeployed in a posting order that the CGI has said is the implementation of the new posting policy of the NIS.

The Comptroller General said that he was impressed that unlike previous postings, the NIS did not witness requests from outside the service for certain officers to be posted to particular offices. He also said that though the redeployment is in line with the posting policy, it is also a strategic move to leverage on the recent gains achieved in service delivery.

“Therefore, I am mandating you to ensure the sustainability of the Service reforms in all NIS platforms. What you did to receive commendations in your previous posts, do the same in your new offices. As a matter of fact, you are hereby mandated to implement the NIS Strategic Roadmap towards 2019 that was developed through a painstaking and extensive consultation process at the Management Retreat in 2016, copies of which will be made available to you in due course,” Mr. Babandede concluded.