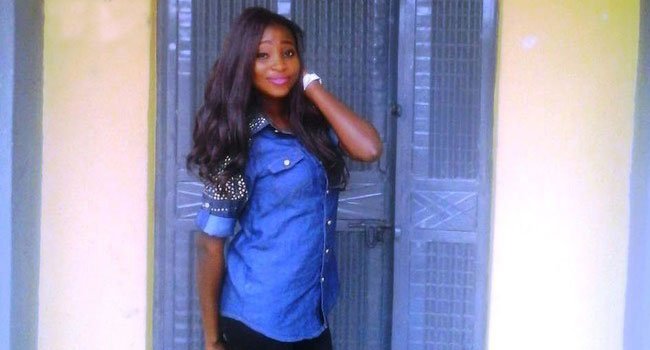 Protesting students of Osun State University have attempted to set a hospital ablaze, accusing the hospital of not giving a fellow student who died there adequate care.

The students also blocked the Osogbo-Ibokun highway for several hours before policemen eventually dispersed them.

Channels Television also learnt that the management of the institution had handed over the corpse of the late student to her parents.

Feyisara Odeyinka, 19, an anatomy student at the school, died at a private hospital in Oke-Baale, where she was taken after a sickle cell anemia crisis.

The doctor at the hospital told other students who brought Feyisara that the girl would be on admission but the patient declined and insisted that she wanted to return to her hostel.

It was learnt that her case degenerated later at the hostel and her colleagues took her back to the same hospital, where she eventually died while receiving treatment.

Her death triggered another protest, as students of the university attempted to set the hospital ablaze, accusing the doctor of not given her adequate medical attention when her case became worse.

The spokesperson for the police in the state, Folasade Odoro, told Channels Television’s correspondent, Bosede Sodiq, that police would ensure proper investigation into the death of the student and advised other students to remain calm and allow peace to reign.

In the meantime, the management of the institution has directed all students to go home for seven days in order to calm frayed nerves and to be able to avoid breakdown of law and order.