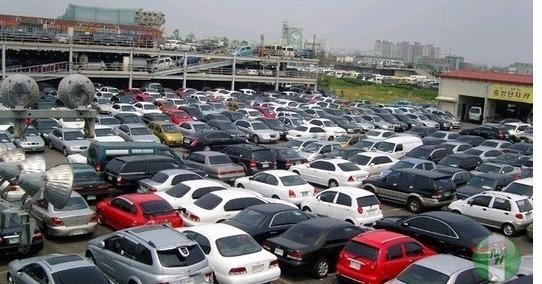 Car dealers in Kano have appealed to the Federal Government to review the law banning the importation of used cars into the country through its land borders. Alhaji Sani Yaro, a prominent dealer of used cars at Olu Obasanjo Way in Kano, said that even before the ban, they were struggling to save the business.
He explained that it was indeed a government policy that brought about the ban, yet they urged the Federal Government to think of their plight and review the policy.
Another dealer, Alhaji Sadiq Idris of Zage Motors in Kano, said many of the dealers would be out of business when the ban takes effect in 2017. cars-queue He noted that not only the dealers would be affected, but rather multiple youths who earned a living through running the errands in the business.
For Alhaji Muttaka Aminu, another car dealer in the Kano metropolis, revealed that he may be compelled to do a total switch to another trade, saying it was a trade he knew while growing up, as his father was into the same business. A security official who pleaded anonymity, however, told NAN that the reason for the ban could either be economic or security-related.
Car dealers in Kano have been in a dilemma since the announcement of the ban on importation of vehicles through the Nigerian land borders by the Nigerian Customs Service on Tuesday. The ban is expected to come into effect next year.