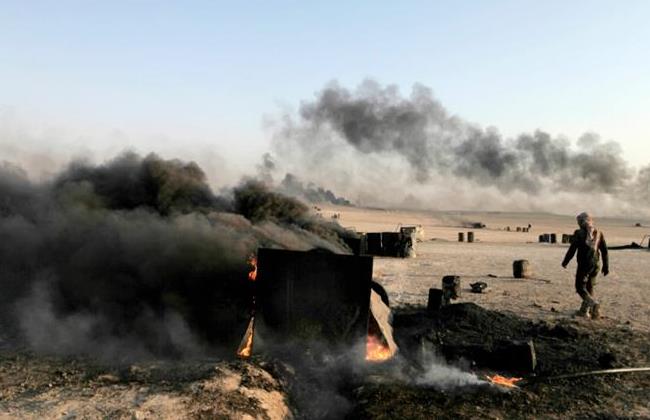 The federal government yesterday confirmed the discovery of crude oil in Borno State, North East Nigeria, thus raising the hope of the region joining the league of oil producing areas in the not-too-distant time.

The disclosure was made by the permanent secretary, Ministry of Petroleum Resources, Dr. Jamila Shua’ra, when she presented her welcome address at the presentation of the 2016 petroleum sector scorecard held at the auditorium of the Petroleum Technology Development Fund (PDF) in Abuja yesterday.

She brandished the discovery of crude oil in Borno State as one of the achievements of the ministry during the year, saying, “Our doggedness culminated in the discovery of oil in new frontiers – Lagos and Borno.”

Shua’ra listed other achievements of the ministry.

“Today, as a team, we have recorded commendable achievements in our sector:  the introduction of the PMS Price Modulation Matrix; the availability of PMS in all outlets; eradication of payment on fuel subsidies; located foreign direct investment to finance midstream oil and gas infrastructure; adopted exit strategies on Joint Venture Cash Call; robust engagement of host communities to reduce agitations; creation of more stable industrial relations,” she said.

Collaborating her statement, Vice President Yemi Osinbajo stated that the deregulation of the downstream sector, which led to the elimination of petroleum subsidy, saved the government a burden of N15.4 billion monthly.

The vice president, who was represented the attorney-general and minister of justice, Alhaji Abubakar Malami, stated that the oil and gas sector remain very critical to the stability and growth of the nation’s economy as it accounts for about 90 per cent of the country’s earnings, in addition to contributing substantially to the inflow of foreign exchange and growth of foreign reserves.

Prof. Osinbajo further disclosed that the Federal Executive Council (FEC) had recently approved new measures and strategies aimed at eliminating the burden of Joint Venture Cash Call arrears and easing future payments in the up-stream sector, stressing that the strategies are fully supported by the National Economic Council (NEC).

He noted that the measures will boost additional investments and raise daily production levels to about 2.8 million barrels per day (mbpd) in the long-run.

On his part, the minister of state for petroleum resources, Dr. Ibe Kachikwu, revealed that one of the fallouts of the removal of petroleum subsidy was the decline of the nation’s daily consumption of the premium motor spirit (PMS), from the 50 million litre per day (mlpd) previously to the current figure 28mlpd.