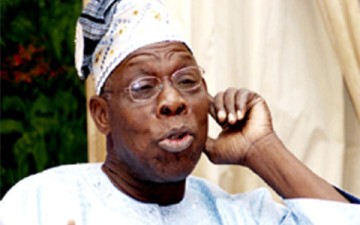 The Muslim Rights Concern, MURIC, on Wednesday expressed disappointment with General Yakubu Gowon (rtd), General Ibrahim Babangida (rtd), General Abdulsalaam Abubakar (rtd) and General Olusegun Obasanjo (rtd) for expecting payment of their salary arrears as ex-heads of state when workers have not been paid for months in some states.

Recall that the Secretary to the Government of the Federation, Babachir Lawal, had revealed that the federal government has not paid the former Nigerian leaders including Goodluck Jonathan, Olusegun Obasanjo, Shehu Shagari allowances since January this year owing to the none availability of funds for the service-wide votes for their salaries.

But MURIC, in a statement issued by its Director, Prof. Ishaq Akintola, regretted that the ex-presidents, who it described as “overfed”, cannot voluntarily forgo their entitlements particularly in Nigeria’s trying period, and called on the government to withhold the arrears of former heads of state until the country gets out of the current recession.

Akintola went on to ask the former heads of state: “What exactly do you want to offer this country in these troubled times? What are you prepared to sacrifice? Who among you is a pauper today? Who among you is not a billionaire? Who among you is ready to declare his assets as they stand at the moment? Do you really need these arrears before you can survive?”

According to the statement, “This is how Nigeria is being bled nearly to death. There are too many yawning drainages. It is most unwise for this country to continue to throw scarce resources down drain pipes. This culture of waste must stop.

“Twenty one (21) ex-governors are currently in Senate. They get salaries, houses, vehicles, staffers, etc from their states as former governors. The vehicles must be changed every three years. This is parliamentary fraud. They are collecting full salary as senators and pension entitlements as ex-governors. Nigeria is indeed adept at wasting resources. This country is being scammed.

“Nigerian workers are overworked, underpaid and overtaxed. Their take-home pay cannot take them home. We are just being patient with FG because we have faith in the Buhari administration. We have seen how prudent FG has been since Buhari took over. That prudence must be maintained. We therefore say capital ‘NO’ to salary arrears for overfed ex-presidents.”