This is the shocking moment a semi-naked mum fell out her bikini and launched a vile racist chant at a group of black teenagers while she is being filmed by the victims of the verbal assault in the presence of her daughter.

The video, first filmed in March in Tallahassee, Florida, but released this week shows the woman ranting on a number of topics, from drug use to Martin Luther King, wearing a polka dot bikini while
her daughter begs her to stop.

She yells at the group:

“You should have stayed in Africa.You can go back there if you want. And take your last names with you.”

The girl filming can be heard saying to her friends not to respond to the woman so they don’t bring themselves down to the woman’s level. Her statement further infuriates the woman.
Spitting and slurring she says

Meanwhile her daughter keeps telling her to stop. She tries to hold her mother back and says a number of times: “

Can you stop. Can you just stop, please.”

The teen who is filming can be heard saying:

“It is ridiculous that your own child has to tell you to stop.”

The woman continues by asking “Why don’t you speak your own language?” before the video maker replies that she is American and speaks English.

More photos and the video below… 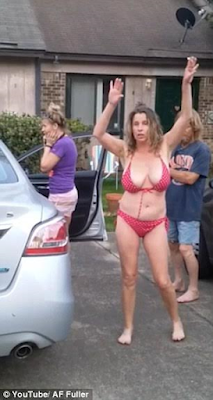 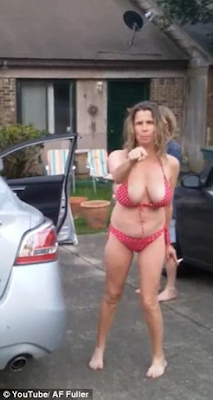 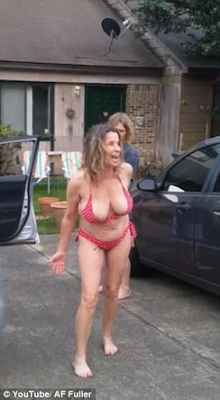 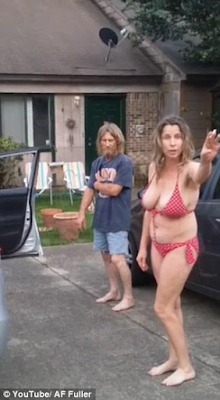