A motor cyclist, Jay Vincent, who broke his back, lost his right leg and suffered debilitating injuries to his right arm and shoulder after smashing his 90 mph motorbike into a telegraph pole 7 years ago, has started a successful new career as a bodybuilder.

Jay was just 17 years as at the time of the devastating accident. He spent three weeks in a coma, a further three months in intensive care and left the hospital six months later feeling weak and weighing only seven stone. 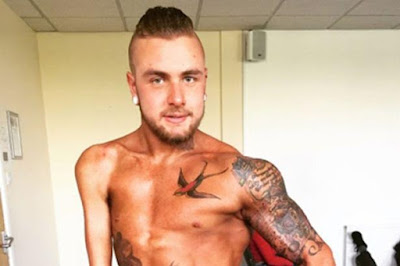 Jay vowed to himself to do everything he could to build his strength back up and hit the gym , making up is his mind that not even his condition could stop him.
“When I came out of the coma I was in a bad way” said Jay. “I had a fractured spine, my arm was broken in three places, I had a shattered collarbone, elbow, wrist, and pelvis, and four broken ribs puncturing both lungs.
“My right leg had been torn off above the knee, and I had ripped the nerves out controlling most of my right arm, making it almost useless.
“I felt sickened and didn’t know how I could face life with half of my body missing or not functioning.”
“I was determined to get back on track and to get as fit and as strong as I could. As soon as I got my artificial leg I went back to work as a mechanic and hit the gym.”