Jose Mourinho, new manager of Man. U has taken to Instagram to apologize to Chelsea fans after some Chelsea fans thought he was referring to them as camels on his son’s Instagram page.

Jose Mourinho’s son,  José Mario Mourinho Jr who is a goalkeeper for Fulham, played 45 minutes for Fulham Under-18s and they beat Chelsea Under-18s 2-1 on Saturday.

Mourinho’s son posted a picture of himself goalkeeping and captioned it: “Buzzin about today! Beat Chelsea 2-1, played second half, clean sheet, very proud, made a couple of great saves! #COYW”.
Chelsea fans angered by the ‘lack of respect’ by Mourinho’s son then hurled abuses at the boy and also tagged Jose Mourinho. hurling abuses at him too.
Mourinho then came to his son’s Instagram page and commented with a camel emoji, referring to the Chelsea supporters who were abusing him and his son.
As you can imagine, this sent Chelsea fans into overdrive and Jose Mourinho, then today commented on his son’s page,  apologizing to fans of his former club.
See the comments below… 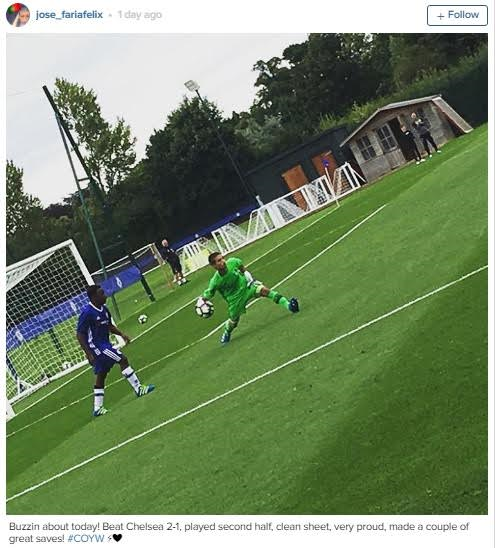 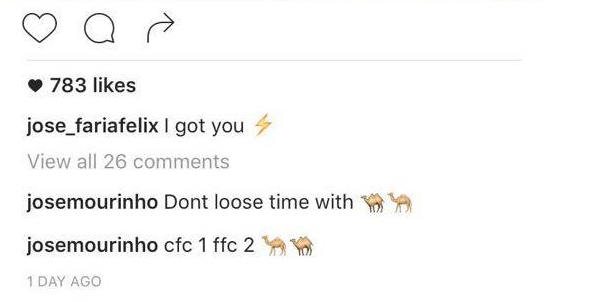 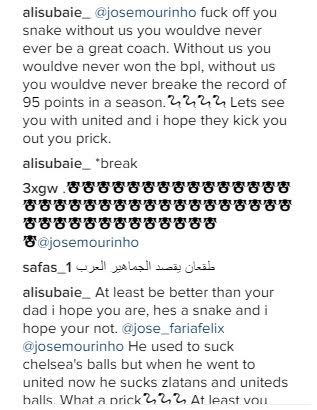 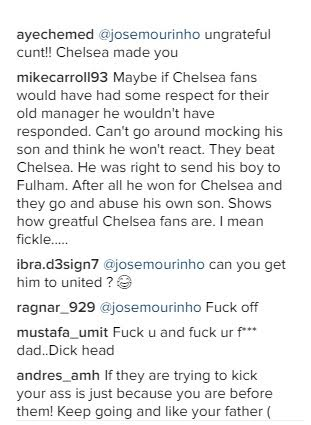 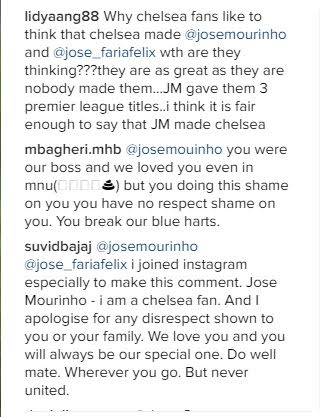 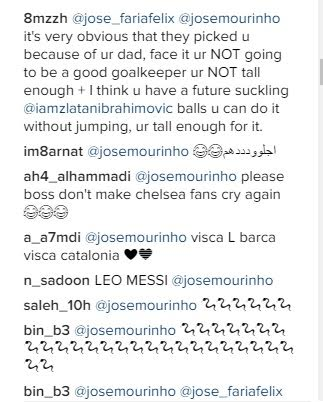 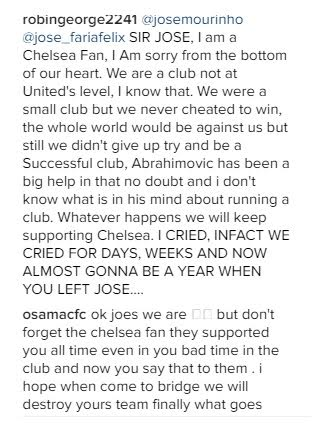 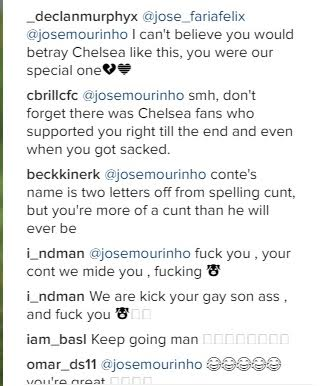